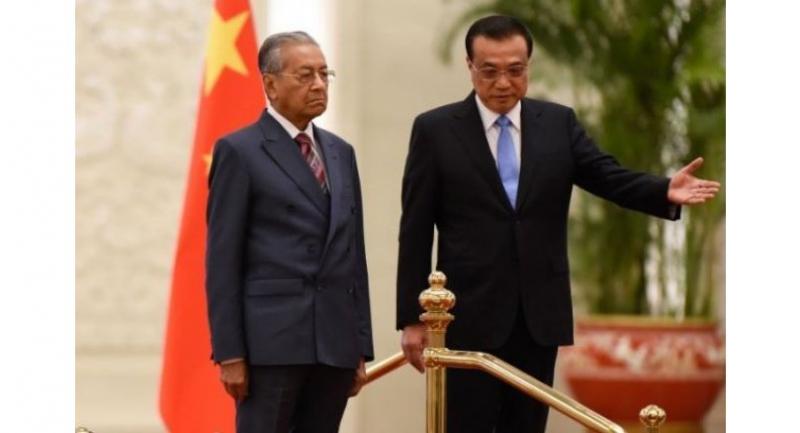 Malaysian Prime Minister Mahathir Mohamad on Tuesday demurred on whether there had been resolutions on his plans to cancel controversial Beijing-backed infrastructure projects in his country after meetings with top Chinese leaders, as he repeatedly slammed his predecessor Najib Razak’s “stupidity” for endorsing the deals in the first place.

Mahathir’s five-day visit to China – capped by meetings with President Xi Jinping and Premier Li Keqiang – was in part meant to move along renegotiation talks on the projects, but the Malaysian leader said more time was needed to achieve his objectives.

The premier continued to demur on whether he was seeking to cancel or defer the US$20 billion East Coast Rail Link and two pipelines worth over US$2 billion.

“If we have to pay compensation, we have to pay. This is the stupidity of the negotiations before. We must find a way to exit these projects … this is our own people’s stupidity.”

‘We like rich partners’: Malaysia’s Mahathir heads to China for fence-mending trip

Mahathir said while the matter was between the Chinese companies building the projects, he had told the government his point of view on why he felt the deals were lopsided.

Mahathir said any anxiousness China felt about his takeover from the Beijing-friendly Najib would have dissipated with his visit. “They did not understand what I was doing. I had to explain myself,” Mahathir said.