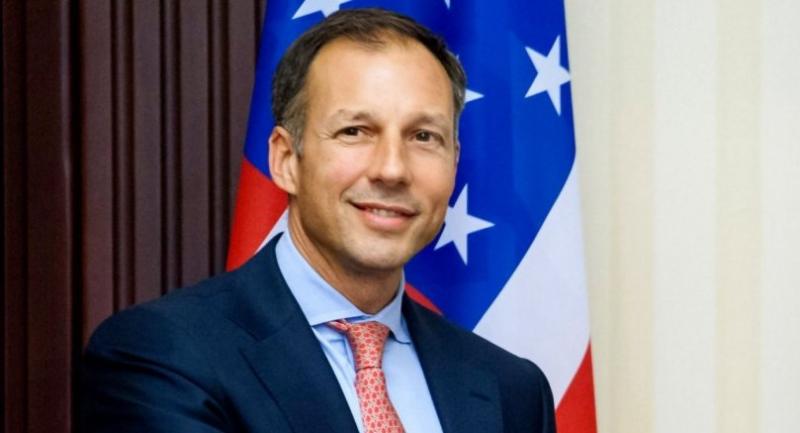 Francis Fannon, assistant secretary for the US Bureau of Energy Resources

The United States is eyeing investments in the region’s energy sector through its Asia Edge initiative, introduced as an alternative to China’s Belt and Road Initiative (BRI) and as part of a wider Indo-Pacific strategy.

“The US recognises the centrality of Asean within Asia and will support the rise of the energy sector in this region,” said Francis Fannon, assistant secretary for the US Bureau of Energy Resources.

Fannon was speaking to the press after meeting Thai government officials to discuss how Asia Edge can help Thailand pursue its energy policies.

The energy sector, he said, plays a key role in US foreign policy because it is fundamental to regional security and economic development and can foster bilateral cooperation.

By 2040, up to 60 per cent of global energy supplies will come from the Indo-Pacific region, he said, and Asia Edge will facilitate investment by US firms. Fannon emphasised that, unlike the BRI, Asia Edge will not be run through “debt diplomacy” but will align with the energy plans of partner-countries.

“There will be absolutely no coercive element to the initiative. We operate with the mindset of self-determination and offer a flexible framework for countries pursuing their specific energy policies with full transparency,” he said.

US companies investing in Asia Edge will make their decisions based fully on their own commercial assessments and will not be an extension of the state, he said.

“Unfortunately I cannot say the same for the BRI, in which investing businesses are state-backed,” he added.

“Unlike Asia Edge, investments from the BRI always call into question the wider political implications of the investment projects.”

China’s BRI has already made significant strides across Southeast Asia. Thailand has seen an upsurge in Chinese investments in the Eastern Economic Corridor and construction of a high-speed railway that will cross Laos.

Fannon, however, declined to elaborate on the level of US investment, only saying that, since the initiative is fairly new, targets for investment in Asean have yet to be set.