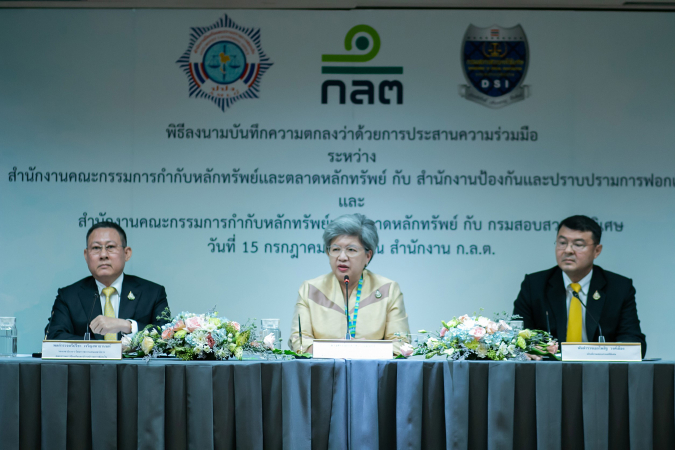 The Securities and Exchange Commission (SEC) has expressed concerns over the trend of digital asset fraud and share manipulation cases in the Thai stock market, with up to 50 cases currently pending investigation.

Given the growing number of cases over the past few years, the SEC will now be sharing information on all allegations with the Anti-Money Laundering Office (AMLO) and the Department of Special Investigation (DSI) from the start of investigation, Ruenvadee said.

Previously, she said, the SEC's investigation of each case would take a year and a half and it might lead to further inquiries by other units. However, in some cases, the final verdict would be that reached by the SEC in the first place .

With the three units working closely together, the SEC aims to shorten the investigation process. Perpetrators of these crimes have been using more sophisticated tactics for stock manipulation and digital asset frauds to escape detection by the authorities.

For instance, some would use a number of accounts to manipulate stocks over a longer period of time. Thus, it requires the resources of all three units in the investigation, she said.

The SEC and AMLO will work together to solve most cases while the DSI will focus on cases involving more than Bt100 million each, she explained.

In regard to digital assets, the SEC is in the process of approving licences for digital asset exchanges, brokers and dealers, Ruenvadee said.

The SEC has approved licences for three digital exchanges, while another is being developed and will apply for approval once the project is completed, she added.

Furthermore, the watchdog is implementing new technologies to increase security level and boost investors’ confidence in the Thai stock market, she said.

For example, the SET will deploy artificial intelligence to monitor trading behaviour, aimed at detecting signs of share manipulation.