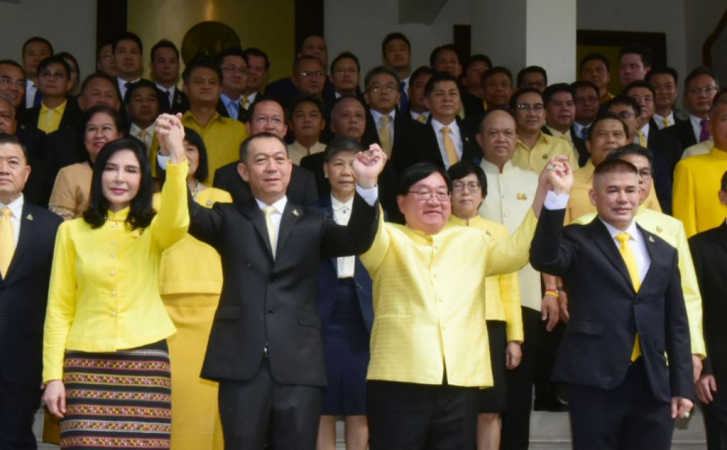 The new Agriculture and Cooperatives Minister Chalermchai Sri-on has wasted no time in identifying his highest priorities.

On July 18, his first day in office, Chalermchai and his 3 deputies - Thammanat Phromphao, Mananya Thaiseth and Praphat Phothasuthon – announced they would be focusing on the drought and plummeting crop prices, especially rice and rubber.

“Drought is the most pressing issue as the whole country is suffering from lower rainfall,” he said. “We are formulating plans to tackle both drought and flood problems, mainly by providing compensation and suggesting weather-suitable crops as a substitute for the usual main crops.

“Although MOAC is not announcing any disaster zones at the moment, we are already surveying the damage caused by drought in several areas so that affected farmers can be suitably compensated without delay.”

According to the Royal Irrigation Department, this year’s rainfall is 18 per cent lower than normal, resulting in only 70 per cent of irrigated areas being viable for agriculture, mainly in the area below the Chao Phraya dam.

Praphat added that apart from the nationwide drought, rice farmers were also suffering from high production costs, now at Bt5,000 per ton.

The MOAC will devise suitable measures, he said, be it compensation or a program of price guarantees, after discussing the matter with related parties to ensure that it does not affect consumers and entrepreneurs.