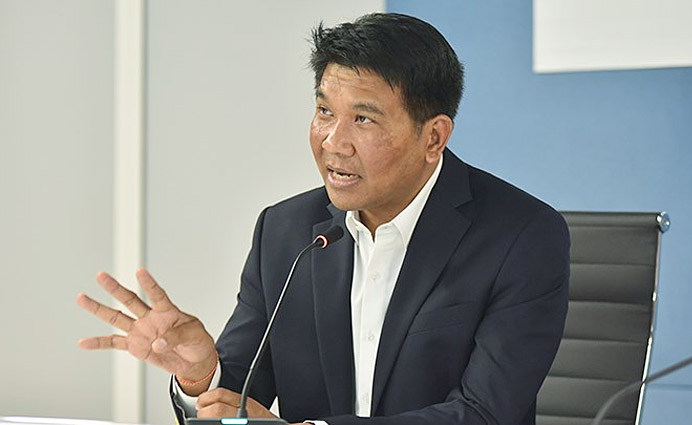 Thanawat Polvichai, director of the Centre for Economic and Business Forecasting at UTCC

The consumer confidence index in July slumped to its lowest level in 22 months, the University of Thai Chamber of Commerce (UTCC) revealed on Thursday (August 8).

Consumer confidence has dropped continuously for five months due to several negative factors, including the trade dispute between the US and China and high concerns about the local political situation.

He said that the key factors affecting the decline in the consumer confidence were the slow rebound of the economy, the trade dispute between the US and China, local political situation, the lower prices of agricultural products, concerns of drought, and the recent blasts in Bangkok.

"The index dropped for all items, reflecting the fact that the overall economy is still not rebounding, making people cautious in how they spend money.” He said this was witnessed in all the quarters this year. The new government should have a concrete plan to stimulate the economy, as well as relax its monetary and fiscal policies, looking after people's cost of living and take care of the baht," said Thanawat.