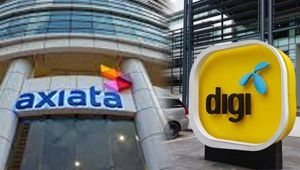 Axiata, Telenor call off merger due to complexities involved

KUALA LUMPUR: The merger of Asian operations between Axiata Group Bhd and Norway's Telenor SA has been called off, confirming an earlier StarBiz report that the deal was hitting a brick wall.

Axiata and Telenor's Digi.com said in separate filings with the stock exchange that both parties have mutually agreed to end discussions over a non-cash combination of their telecom and infrastructure assets in Asia.

"Over the last four months, both Parties have been working on due diligence and finalising transaction agreements to be completed within the third quarter of 2019.

"Due to some complexities involved in the proposed transaction, the Parties have mutually agreed to end the discussions," said Axiata.

However, both parties acknowledged the "strong strategic rationale" of the proposed transaction and do not rule out a possible future transaction.

It also said the parties do not intend to provide further comments.

Trading in the shares of Axiata and Digi was suspended at midday.

In the statement to Bursa Malaysia, Axiata’s chairman Tan Sri Ghazzali Sheikh Abdul Khalid said, “The board acknowledges the strong strategic rationale of the proposed transaction and is equally cognizant of the level of complexity of such a deal that extends across nine countries and 14 major entities.”

“Regardless of the expressed synergies of the merger, we are confident that the termination of the proposed transaction does not affect the group in achieving its Digital Champion ambitions.”

“On behalf of the Board of Axiata, we are grateful for the support of the Government of Malaysia, our investors and all of our employees during this process.”

In a separate statement, Digi's said its board was informed by Telenor ASA (Telenor), the parent company of Digi’s largest shareholder, Telenor Asia Pte Ltd, that Telenor and Axiata have agreed to end discussions on the Proposed Transaction.

"The board has been informed that over the last four months, both parties have been working on due diligence and finalising transaction agreements to be completed within the third quarter of 2019.

StarBiz had earlier reported all indications point to the mega-merger being called off.

Apart from the sheer complexity of the deal, which involves 14 entities across nine countries, the stumbling blocks surround commercial issues, national and staff interests, and Indonesia’s reluctance to give its blessings, as it sees Norway as being part of the European Union’s (EU) pressure on palm oil imports. Without Indonesia as part of the enlarged group, the odds of the deal materialising are basically zero.

“Both parties are trying their level best, as the merger would take them beyond their existing boundaries to create an Asian powerhouse. But the sheer complexity and the very long list of outstanding items surrounding commercial, national and staff interest make it terribly challenging.

“Some items on the list can be modified, some others are not agreeable to both parties, and the deal-breaker items are still hanging. So, with so many items still outstanding, they may just not want to drag on any longer and merger talks may have been halted. They may just call it off," said an industry executive with knowledge of the deal.