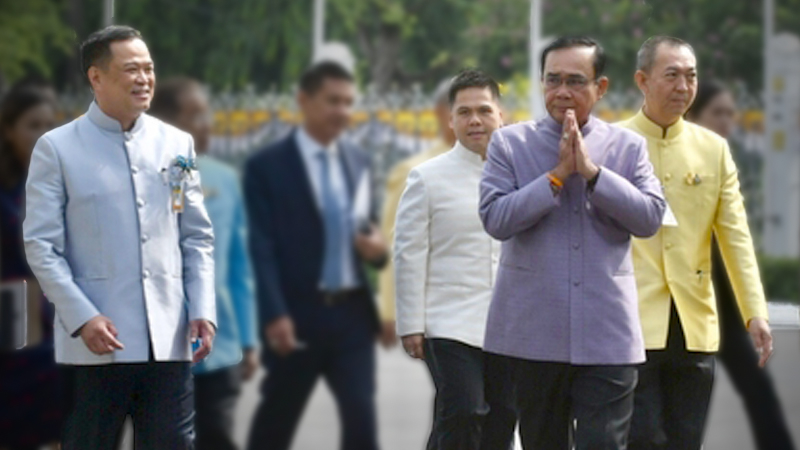 An ad-hoc committee to tackle the upcoming US suspension of Generalised System of Preferences (GSP) to a variety of Thai products was formed at a special meeting called by Prime Minister General Prayut Chan-o-cha today (October 29). The suspension will apply within the next six months.

Deputy PM Jurin Laksanawisit said the panel comprised representatives from Commerce Ministry, Foreign Ministry and Labour Ministry, adding that it would promptly inform the US on labour issues in Thailand.

However, Jurin said, the suspension would not impact on Thailand's attempt to explore new markets in the US.

Kobsak Pootrakool, Deputy Secretary General to the PM for Political Affairs, said that the meeting also touched on the slow progress of the Thailand-China high speed train project.

The meeting identified obstacles to the project which will be discussed between PM Prayut and China's Prime Minister Li Keqiang at the next Asean Summit, to be held in Thailand from November 2 to 5.

According to the Office of the United States Trade Representative announcement on October 25, US President Donald Trump is suspending $1.3 billion in trade preferences for Thailand under the Generalised System of Preferences (GSP) based on its failure to adequately provide internationally-recognised worker rights.

The announcement said that despite six years of engagement, Thailand has yet to take steps to provide internationally recognised worker rights in a number of important areas identified in a 2015 petition from the American Federation of Labour and Congress of Industrial Organisations (AFL-CIO), such as providing protections for freedom of association and collective bargaining.

GSP eligibility will be revoked, effective six months from October 25, for approximately one-third of Thailand’s GSP trade, which totaled $4.4 billion in 2018.

Additionally, due to longstanding worker rights issues in the seafood and shipping industries, GSP eligibility will be revoked for all seafood products from Thailand. The GSP market access eligibility review of Thailand will remain open.