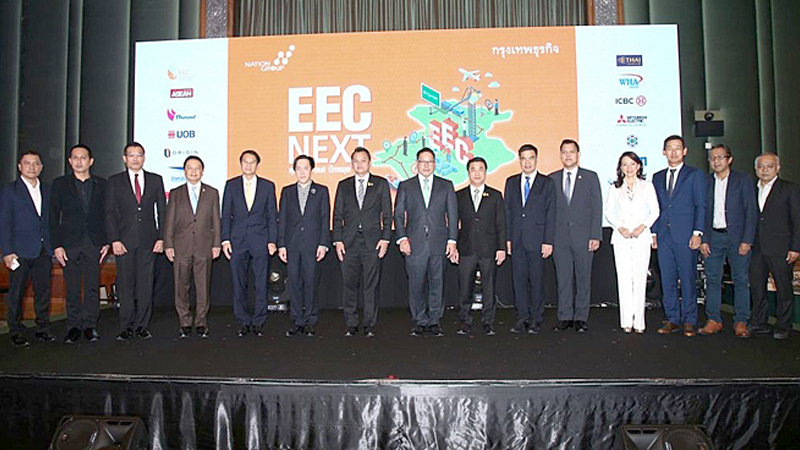 Finance Minister Uttama Savanayana is confident that more local and foreign companies will invest in the Eastern Economic Corridor (EEC).

The government has been developing infrastructure and preparing legal groundworks to facilitate investments, he said yesterday (November 20) at a seminar on EEC, hosted by Krungthep Turakit newspaper.

Kanit Sangsubhan, secretary general of Eastern Economic Corridor Office of Thailand, said the PTT group planned to invest Bt200 billion in the EEC during next five years with PTT Global Chemical (PTTGC) putting up half of the investment.

Kanit said investments were coming in at this stage of EEC development and  the office would ensure harmony between industry growth and local communities living within the zone.

It also gave importance to environment protection, targeting to eliminate accumulated waste in the area within 12 years.

The EEC project covers the three eastern provinces of Chachoengsao, Chonburi and Rayong.