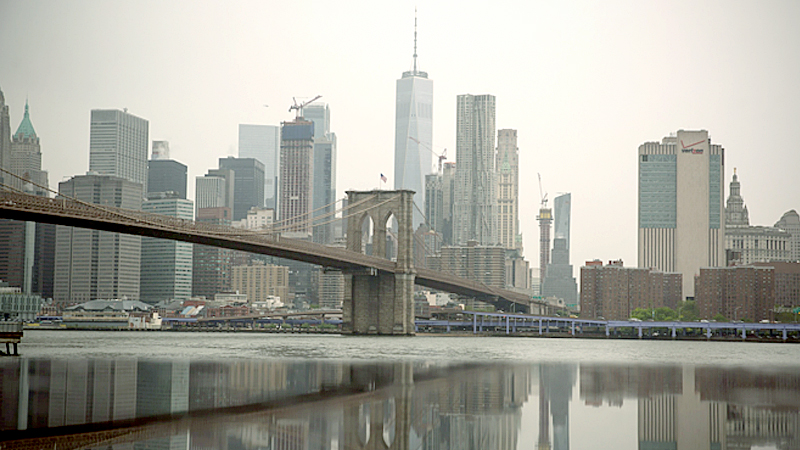 America's industrial heartbeat remained faint in November as a measure of manufacturing contracted for a fourth straight month against a backdrop of weaker orders and subdued production. Stocks and the dollar fell, while Treasuries rallied.

The Institute for Supply Management data on Monday showed the factory purchasing managers' index unexpectedly declined to 48.1, near the expansion's low point, from 48.3. The median forecast in a Bloomberg survey of economists called for an improvement to 49.2. Readings below 50 indicate activity is shrinking.

The figures show the manufacturing sector, while no longer in freefall, lacks upward momentum in an environment of corporate investment cutbacks, subdued global demand and a still-simmering U.S.-China trade war. At the same time, factory gauges in China and Germany suggested the worst may be over for the sector.

Consumer spending continues to keep the U.S. expansion going, and other reports indicate American factory activity is gradually firming. A similar PMI issued Monday by IHS Markit rose to a seven-month high of 52.6 in November, after the government reported last week that business-equipment demand climbed in October by the most in nine months.

Still, the ISM's measure of factory orders declined in November after consecutive gains and, at 47.2, matches the lowest readings of the expansion. While 20.5% of respondents -- the same as in October -- reported higher orders, the share indicating lower bookings increased by 2.7 points to 31.2%. These figures signal that the surprise jump in the government's October reading for capital goods orders and shipments may not be sustained.

The ISM's survey indicated a deeper decline in factory employment, while the gauge of order backlogs dropped to its lowest level since January 2016. That helps explain why factories can operate with leaner staffing. The group's gauge of production, while rising for the first time since June, contracted for a fourth month.

An ISM measure of exports, after expanding in October for the first time in four months, fell back into contraction. The imports gauge also signaled a contraction, albeit a milder one than a month earlier.

The gauge of supplier deliveries was the only component above 50, indicating shipments of inputs are slowing.

An index of prices paid contracted for a sixth straight month, a sign that weak demand is holding down inflation.