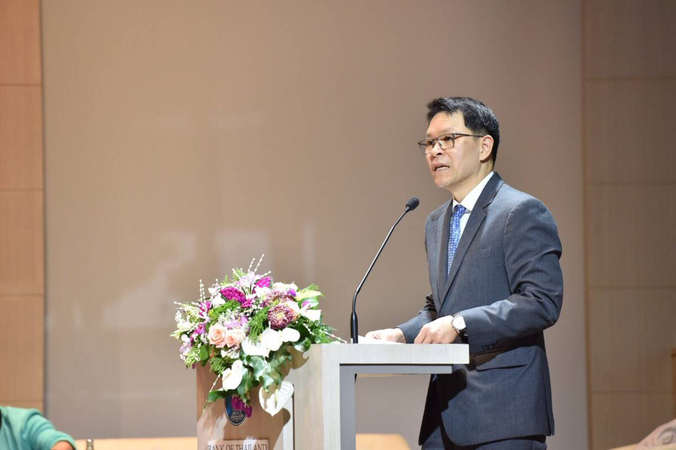 Thai economic growth this year could exceed the baseline prediction of 2.8 per cent, the central bank believes. Minutes of the Bank of Thailand’s Monetary Policy Committee final meeting of 2019 on December 18, released on Thursday (January 2), included a unanimous vote to keep the policy rate unchanged at 1.25 per cent per annum.

The committee released a statement saying it was possible the economy would outperform the baseline projection.

It cited higher-than-projected growth among trading-partner economies where additional government stimuli were applied, trade tensions had improved and electronics sectors had shown faster- and better-than-expected recoveries, and higher-than-expected domestic demand as a result of public infrastructure investment and public-private collaboration, which it said can incentivise the private sector to invest more and more quickly.

It also noted there was potential for additional government stimulus measures here.

However, the committee warned that downside risks remained for headline and core-inflation in line with risks to economic growth.

The economy was expected to expand by 2.5 per cent in 2019 and is seen growing 2.8 per cent in 2020, in both cases below its potential and less than previously assessed.

Merchandise exports are projected to recover more slowly than expected due to sluggish global trade volume stemming from trade tensions and structural changes in the Thai export economy.

However, private consumption in 2019 should turn out to have been better than estimated thanks to short-term economic stimuli.

In 2020, nonetheless, consumption is projected to slow in tandem with lower growth in household income and drought.

In 2021, the economy is expected to continue gaining traction as postponed public-private partnership (PPP) and public investment projects finally get started.

The committee believes private investment will expand at a lower rate than previously assessed due to export contraction, profitability and business confidence in investment deteriorating further and PPP projects on hold.

But it said private investment will be supported by export recovery and continuing infrastructure investment projects, including in the 5G network.

Public expenditure will expand more slowly than forecast as government agencies struggle to meet carry-over budget obligations under the new Budget Procedure Act, and also due to prolonged delays in state-owned enterprise investment and a reduction this year in their investment budgets.

Headline inflation for 2019 and 2020 is projected to be below target due mainly to supply-side factors.

These include lower-than-expected energy price recently and lowered projections for crude oil prices in the period ahead, and a coming minimum-wage hike also lower than expected.

Core inflation is projected to increase from 0.5 per cent in 2019 to 0.7 per cent in 2020 in line with optimism for economic recovery and the minimum-wage hike.

Headline inflation is likely to return to target during the second half of 2021, the committee believes. The target for 2020 is in a range of 1-3 per cent.