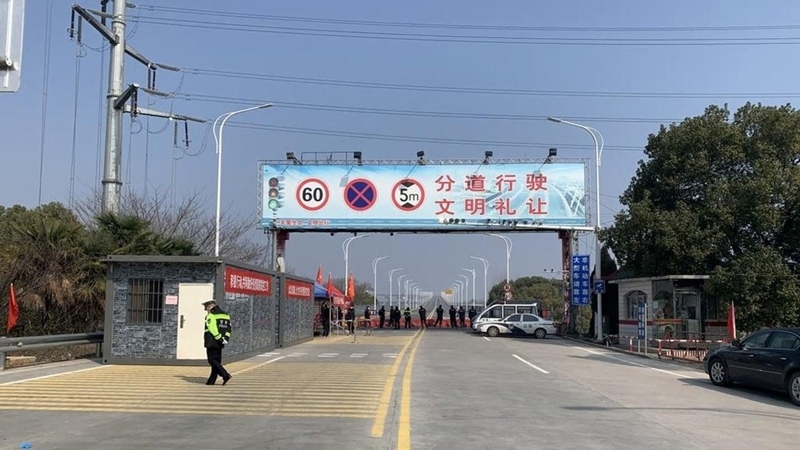 That's just the start of a financial hangover that is expected to linger for months even if the flulike illness is soon brought under control, economists and supply chain experts say. The Chinese epidemic's aftereffects will likely cause the global economy to shrink this quarter for the first time since the depths of the 2009 financial crisis, according to Capital Economics in London.

The coronavirus's effect on tourism will carry into 2021, experts say

Chinese factories had been scheduled to reopen on Feb. 10 after a Lunar New Year holiday that already had been extended for several days because of the medical scare. But with many workers unable or unwilling to return to employers located in a sprawling quarantine region, the resumption of routine operations in many workplaces has been delayed.

Caterpillar this week said most of its Chinese suppliers had returned to work. But Foxconn, a major electronics producer for Apple, said it will be the end of the month before even half of its facilities are operating.

The country's links to the outside world, meanwhile, remain frayed. Both United Airlines and American Airlines said this week they would not resume normal service to mainland China until April 24, almost a month later than planned.

The ripple effects of China's shutdown are spreading, with the auto industry especially hard hit. Nissan temporarily closed one of its factories in Japan after running short of Chinese components, one week after Hyundai in South Korea did the same. Fiat Chrysler warned that it may shutter one of its European plants. Some U.S. manufacturers could face parts shortages in one to two weeks.

"I worry that it's going to be a bigger deal than most economists are treating it as right now," said Mohamed El-Erian, chief economic adviser at Allianz, the German financial services company. "It will take time to restart all these economic engines."

Chinese authorities on Thursday revised their count of coronavirus cases in Hubei province, the center of the epidemic, by nearly 15,000, after including patients diagnosed by doctors as well as by laboratory testing. The revision also increased the number of deaths by 242.

Since the virus first appeared in Wuhan in December, 59,804 cases have been identified, with 1,367 deaths reported. In the United States, the Centers for Disease Control and Prevention reported the 15th coronavirus case, an individual who had been in quarantine in Texas since arriving on a State Department-chartered aircraft from Wuhan on Feb. 7. And Japan reported the second death outside of China and said 44 more people tested positive for the illness aboard the quarantined cruise liner Diamond Princess, bringing to 218 the number of shipborne infections.

The coronavirus struck China as many U.S. corporations already were reconsidering their global footprint. President Donald Trump's tariffs on roughly 70 percent of all Chinese goods, imposed during a two-year long trade war with China, raised doubts about the future of trans-Pacific supply lines.

After initially dismissing the epidemic as principally a Chinese problem, U.S. policymakers in recent days acknowledged it will damage the global and U.S. growth outlook. Federal Reserve Board Chair Jerome Powell said earlier this week that there will "very likely be some effects on the United States" from the epidemic, which has closed thousands of Chinese factories that supply American companies.

Among the first tangible impacts in the U.S. is a decline in the number of Chinese tourists. Visitors from China represent a lucrative market for American Airlines, hotels, luxury retailers and entertainment venues, with average spending of around $6,500 per person.

As of Feb. 7, the number of passengers flying between North America and China was 75 percent below last year's level and was shrinking by the day, according to Quandl, a financial data provider.

At Sino American Tours, a Manhattan travel agency that caters to Chinese-Americans, bookings have plunged by 20 to 30 percent, according to Charles Man, vice president for marketing.

"Of course, we're impacted," he said. "A lot of people canceled trips back to Beijing, Hong Kong, Guangzhou, Taiwan and Singapore."

Chinese officials, meanwhile, are growing increasingly concerned that their efforts to contain the virus are strangling the economy. President Xi Jinping this week instructed subordinates to avoid "overreactions" that interfered with China's development goals. Huang Qifan, an influential economic policymaker, has said the ongoing supply chain disruptions are more costly than the two-year U.S.-China trade war, according to Trivium, an economic research firm in Beijing.

Indeed, the battle to contain the epidemic brought much of the world's second-largest economy to a standstill. The Chinese provinces most affected by the coronavirus are home to 49,884 branches or subsidiaries of foreign corporations, including nearly 9,500 American operations, according to Dun & Bradstreet.

A Chinese quarantine applying to roughly 60 million people - more than the population of Spain - interrupted routine business operations for almost every member of the Fortune 1000 list of the world's biggest corporations, Dun & Bradstreet said.

The Chinese government's enforced halt to commerce was akin to an economic stroke, cutting off the flow of needed parts and materials to companies all over the world. And just as with a stroke, the effects will linger after production across China sputters to life.

"It's going to happen in phases," said Hitendra Chaturvedi, a former supply chain specialist for Microsoft. "It's going to take six to eight weeks before everything comes back on line."

Each major Chinese supplier to a global corporation itself relies upon a network of smaller companies to provide food, uniforms, sanitation and parts. Nike, for example, depends upon 110 Chinese factories, each with their own supplier webs.

"They'll be having their own problems," said Chaturvedi, who teaches at Arizona State University. "It's not like you hit the button and everything starts to work automatically."

Along with crimping production of current products, the coronavirus shutdown has interrupted research and development efforts and thus may also delay the introduction of next-generation models, he added. That could impact consumer electronics makers such as Apple, which relies on China for almost half of its 775 global supply facilities.

One of those companies, AT & S of Austria, cut its revenue forecast for the current fiscal year by nearly 7 percent after the virus disrupted production at its Shanghai and Chongqing facilities. The company produces printed circuit boards for Apple and Intel as well as European automakers.

In some parts of China, businesses must pass a local government inspection before resuming work. Since there are only so many inspectors, that creates a bottleneck. Some foreign executives are trying to speed things up by showing officials receipts proving they are major taxpayers, according to James McGregor, chairman of APCO Worldwide's greater China region.

Many office workers face long lines to have their temperatures checked before they can enter their buildings. Once inside, some have objected to running central heating systems, preferring space heaters to the alleged dangers of recirculated air, McGregor said.

ASE Technology, a Taiwanese semiconductor maker, is struggling with a shortfall of returning workers and uncertainties about which of its suppliers are fully operational.

"This virus is a negative lottery and everyone is doing whatever they cannot to win," Ken Hsiang, the company's head of investor relations said on a Feb. 7 conference call. "So, the fear that is gripping the world, the overabundance of caution at a personal, company, and sovereign government levels are completely understandable. The impacts to our business are totally unpredictable."

China's $14 trillion economy now is a patchwork affair. In some areas, local officials are prodding employers to return to work. Elsewhere, officials remain preoccupied with the risk of contagion. The share of businesses that are operating normally ranges from about 26 percent in central Sichuan province to nearly 70 percent in Shanghai, according to Trivium.

Many employees remain reluctant to return to jobs in crowded factories, where an isolated cough might idle an assembly line. Those who want to return often face transport headaches as some public services have yet to return to full operations.

"Everything was supposed to be back to normal by now," said Craig Allen, president of the U.S.-China Business Council. "It's not going to happen for a while. I think that's starting to sink in."

The coronavirus is expected to dent global growth by depressing business and consumer confidence as well as temporarily severing supply chains, economists said. "Where the trade war ended, the coronavirus has picked up," said Nathan Sheets, chief economist for PGIM Fixed Income. "It suggests a whole additional class of risks they need to worry about as they rely on Chinese suppliers. It's another powerful shock toward global de-integration."

Lasting impacts on global trade also may emerge from the ocean freight market. Shipping rates on some routes out of China are down by one-quarter, despite new international regulations that took effect Jan. 1 requiring the use of cleaner but more costly fuel, said Patrik Berglund, chief executive of Xeneta, an online shipping platform based in Oslo.

Major retailers and manufacturers will soon be negotiating long-term shipping contracts amid an unpredictable market. They might benefit in the short run from lower prices. But if artificially depressed rates are locked in for an entire year, one or more shipping lines could tumble into bankruptcy and further unsettle global trade, he said.

"If there's limited cargo coming out of all of Asia, depending upon how this develops, we might see shipping lines really struggling to pull through," Berglund said.

Wall Street has taken the crisis in stride with the Dow Jones industrial average still up about 3 percent so far this year. But the financial markets' calm could be tested as additional data becomes available, said Gregory Daco, chief U.S. economist for Oxford Economics.

Negative readings on consumer or business confidence could send investors flooding into U.S. government bonds, pushing up the value of the dollar and leading to tighter financial conditions.

"We've been lucky to see no financial market ramifications," he said. "That's where a big part of the risk lies."