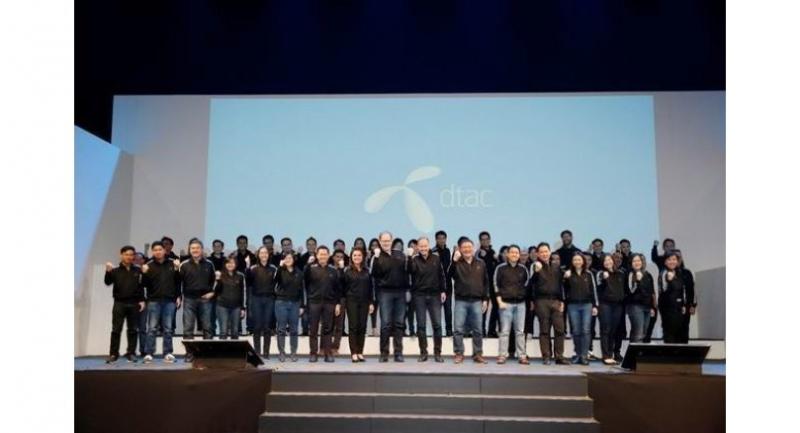 Total Access Communication (DTAC) yesterday announced two new packages, one post-paid and one prepaid, under which users will not run up against reduced connection speeds if they exceed standard  data-usage limits.

Under “fair usage policy” (FUP), an international standard for mobile data usage, telecoms can reduce connection speeds in cases of excess usage, to ensure that available bandwidth is not used up.
DTAC has introduced a “Go No Limit” post-paid service package with various speed and price options and “Go Plern” pre-paid SIM cards that, unlike its existing packages, prevent subscribers from experiencing lower connection speeds when their data usage exceeds the agreed level.
The company is confident that its network is ready to handle this offering. Advanced Info Service and True Corp already offer similar packages.
DTAC chief executive officer Lars Norling said his company kept bringing about new developments and innovations to help customers connect and get the most out of digital life.
He said the fast-paced changes of technology and new facets of media and telecom services had resulted in anxieties, worries and fears over the complexity and limitations in products and services that prevent customers from fully enjoying their benefits.
Norling said the two new packages were aimed at dealing with these issues, under what the company calls the “Flip It” concept.
Chief marketing officer Sitthichoke Nopchinabutr explained: “We introduced the first Flip It offerings with a new price concept. We flip from reduced connection speeds under FUP to no speed reductions and no more FUP. We flip from a limited data quota to unlimited data. We flip from the numbers of times of the day free calls can be made to unlimited free calls to all DTAC numbers 24/7.”
Norling said that more packages under the Flip It concept would continue to come.
According to its filing to the Stock Exchange of Thailand recently, DTAC will budget capital expenditure in a range of Bt17 billion to Bt20 billion this year to make its network denser and enhance Internet experiences. Last year its capital expenditure was Bt20 billion.
At the end of last year DTAC had a total subscriber base of 24.5 million, decreasing from 25.3 million in 2015. The decrease was due to fewer prepaid subscribers as the firm was cautious about providing subsidies on prepaid handsets while its competitors were pouring money into their own subsidies.
Meanwhile, the post-paid subscriber base increased to 5.0 million from 4.3 million last year, underpinned by successful prepaid-to-post-paid campaigns and value-for-money offers.