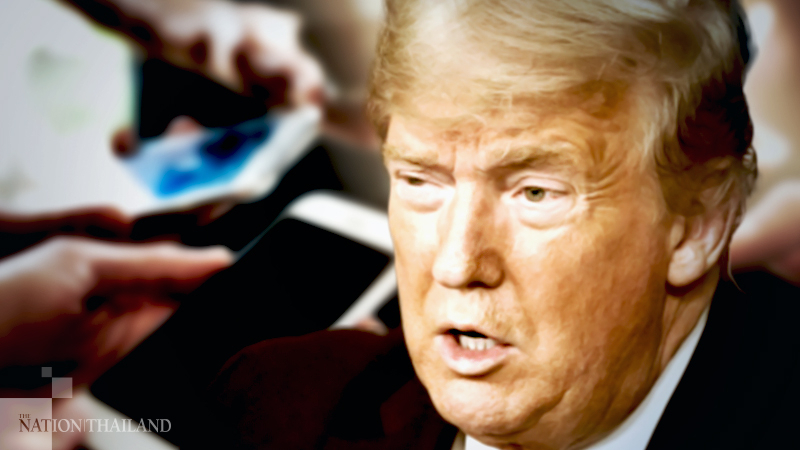 A top adviser to Donald Trump has confirmed the former president is building his own social network after major tech companies suspended his accounts in the fallout of the Jan. 6 Capitol attacks.

"I do think that we're going to see President Trump returning to social media in probably about two or three months here, with his own platform," Trump senior adviser Jason Miller told Fox News on Sunday. "And this is something that I think will be the hottest ticket in social media, it's going to completely redefine the game, and everybody is going to be waiting and watching to see what exactly President Trump does."

Miller predicted the new platform will be "big" once it launches, suggesting he would bring tens of millions of people to the new service. He also said Trump has been having "high-powered meetings" at Mar-a-Lago regarding the venture, and that "numerous companies" have approached the former president.

Trump has largely been muzzled online since Twitter permanently banned him in the aftermath of the Jan. 6 riots. YouTube and Facebook have also suspended Trump's accounts, but they've left open the possibility he could return to their services. Facebook's independent oversight board has accepted Trump's case, and it will make a binding decision in the coming weeks on whether he can return to the platform. YouTube CEO Susan Wojcicki has said Trump will remain suspended until the company can determine the risk of violence has decreased.

Ever since, Trump has pushed out his messages largely through news releases, giving news organizations far more discretion over when to amplify his message. He also has given interviews on news programs that have a record of being friendly to his policies, including with Fox News host Maria Bartiromo, One America News Network and Newsmax.

Miller made his announcement just days before the CEOs of Facebook, Google and Twitter are scheduled to testify in front the House Energy and Commerce Committee. It will be the social media executives' first appearance on the Hill since the Capitol attacks, and the Democratic-led committee has said the hearing will focus on the proliferation of disinformation on their platforms. However, it also will be Republicans' first opportunity to publicly grill the CEOs about their decisions to suspend Trump's accounts, which reignited claims tech companies were too powerful and biased against conservatives.

From Alex Stamos, the director of the Stanford Internet Observatory, and former Facebook chief security officer: "At least the congressional hearings with social media CEOs will get a bit more exciting."

Trump previously teased plans for his own social network in January, and experts said it would be a costly and time-consuming endeavor.

Even if he were to successfully launch the service, it would be practically impossible for him to regain the reach he once enjoyed on mainstream social networks, which are used by hundreds of millions of people around the world. He had nearly 90 million followers on Twitter at the time of his suspension, and his inactive Facebook page has 32 million "likes" and 35 million followers.

"Twitter gave him access to every reporter in the country and the ability to troll the libs and get on cable news within minutes," said Nu Wexler, a communications consultant who previously worked for Facebook, Twitter and Google, told me. "I don't think he would get that on his own social network. It would be an echo chamber of just his supporters."