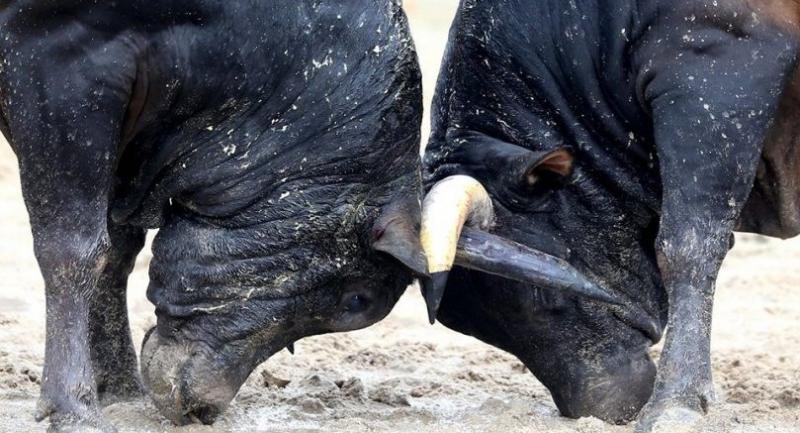 Popularity of bullfighting grows in South

BULLFIGHTING has been booming in Thailand’s South, attracting tourists and stimulating local economies.

When a big event was held at an international bullring recently, prize-money of Bt20 million was at stake, which indicates the economic attraction of this ‘sport’.
There are about 28 bullrings where events are staged in the southern region, including 12 in Songkhla province.
Dej-is Khaothong, a bullring owner in Rattaphum district in Songkhla, said: “Bullfighting is our tradition. It’s a sport for men. Lately, it has attracted a growing number of tourists too.”
He pointed out that bullfighting had also generated income for local workers, such as quality-grass providers.
“On average, their income is about Bt10,000 higher than that of local farmers,” he said.
Dej-is believed bullfighting had also played a key role in the conservation of local breeds.
“Without the tradition of bullfighting, some species may have already become extinct,” he said.
With the interest in events growing, bullfight operators have been improving their facilities to ensure they can handle more groups of tourists, he said.
Wanna Kongmuang, who has four fighting bulls, said a strict regime was needed to keep the animals fit. Each bull costs between Bt100,000 and Bt10 million.
At 5am, the animals jog for one or two hours, then are allowed to rest for an hour before being fed a meal of fresh grass. After, they get a bath and are given supplementary food.
During the day, bulls need to be exposed to the sun for set periods. “During the night, we keep them safe inside mosquito nets to prevent them getting bitten by mosquitoes and insects,” she said.
“There’s a common saying that real bullfighting owners take care of their animals even better than their own children,” Wanna said.