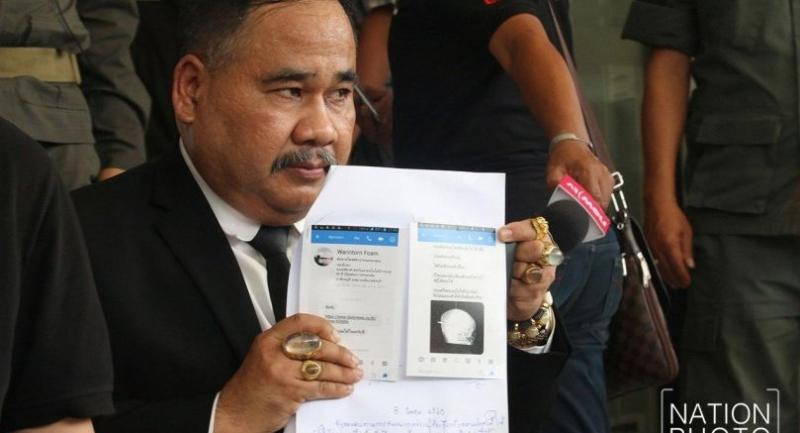 A KEY PIECE of evidence in the recent killing of a university student has been passed on to the Crime Suppression Division (CSD).

The 30-minute audio clip depicts a male heard saying: “You should have not used such a level of violence.”
Another male replied: “We did it already anyway.”
Songkran Achariyasap, who chairs a network that monitors activity that is deemed detrimental to the nation, religion and the monarchy, handed over the clip to the CSD yesterday.
He said it was related to the fatal attack at a dormitory in Phetchaburi province, when Silpakorn University student Thirapong Thitatharn was beaten up and stabbed in the head with a screwdriver.
He succumbed to his injuries on March 2.
More than 20 suspects are believed to have been involved in the attack. As some suspects are children of local police and influential figures, the case is set to be transferred from Phetchaburi police to the CSD.
Thirapong’s body will be submitted to the Institute of Forensic Medicine for an autopsy on Sunday.
“We expect the investigation to clearly progress next week,” Songkran said.
CSD chief Pol Maj-General Sutin Sappuang said the case was in the process of being transferred because the official order had not yet arrived.
“After the transfer is officially complete, I will assign CSD deputy chief Pol Colonel Suwat Saengnum to take charge of the case,” he said.
Sutin said Suwat would review the investigation report prepared by local police and decide whether to interview more witnesses and gather more evidence.
Help Crime Victim Club chairman Achariya Ruangrattanapong said he would today urge National Police Commissioner General Chaktip Chaijinda to transfer Cha-Am Police Station superintendent Colonel Pakin Sivamethakul out of his post over his perceived failure to ensure a fair investigation into the killing.
“How can 17 suspects in the case be released temporarily without any security measures? This crime carries the maximum penalty of death,” Achariya said.