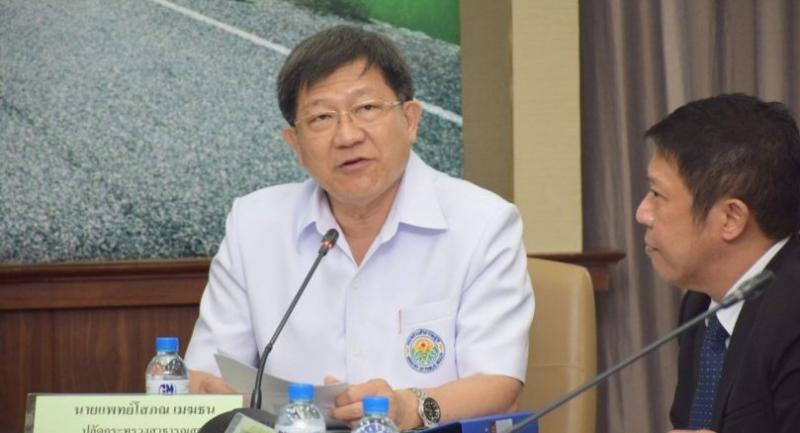 A severe shortage in healthcare funding for local administrative organisations has cost the Public Health Ministry at least Bt1.1 billion in unpaid debts, and the amount could rise to Bt2 billion by the end of the current fiscal year in September, the ministry’s permanent secretary Sopon Mekthon said on Monday.

He added that state-run hospitals under the ministry had reported unpaid debts of Bt1.1 billion by local administrative organisations whose officials and employees had been treated under a healthcare programme managed by the National Health Security Office (NHSO).
Sopon said he expected the unpaid debts would range between Bt1.5 billion and Bt2 billion.
“This is a burden that the [state] hospitals need to shoulder and they still have to provide services continuously,” he said.
The permanent secretary also said local administrative organisations’ budgets should help make up the shortfall.
The NHSO, which is part of the Public Health Ministry, was aware of the funding shortage and supported a Ministry of Interior request for an additional budget to help offset the problem, according to Public Health Minister Piyasakol Sakolsatayadorn, who chairs the NHSO’s executive board.
The Interior Ministry’s Department of Local Administration had asked for Bt2.5 billion in emergency funding from the Budget Bureau to tackling the shortage in the short term, Piyasakol said.
For a longer-term solution, the department will ask the Committee for Decentralisation to Local Government Organisations to increase the healthcare budget by Bt3 billion, from the existing amount of Bt7 billion. The proposal will be submitted to the committee on Thursday.
The NHSO would also discuss with academics and experts how to improve the efficiency of the healthcare fund’s management, Piyasakol said.
The public health minister added that the problem would be raised with Prime Minister Prayut Chan-o-cha if the request for additional funds were not approved. “It’s not good management to allow this situation to linger, and there will be negative impacts,” he said.
The healthcare fund for local administrative organisations first went into the red in 2015, with the problem continuing for the past two years as more people have sought treatment and medical bills increased.