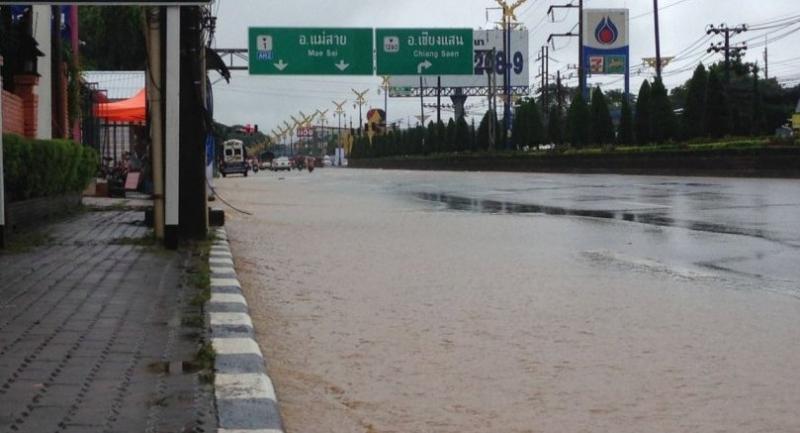 PEOPLE in various parts of the country are being warned to prepare for heavy rain and storms tomorrow as tropical Storm Pakhar reaches Thailand.

Meteorologists expect the storm to make landfall in North Vietnam today before going on to cause flash floods and slides in Northern and North eastern parts of Thailand.
The Disaster Prevention and Mitigation Department warns that the North, Northeastern and Southern regions will be affected by the storm, but the Royal Irrigation Department (RID) is confident the authorities are fully prepared. The Meteorological Department originally thought the impact of Storm Pakhar would only be felt in the Philippines and Vietnam, but yesterday updated their warning to say it could also cause heavy rain in Thailand’s North and Northeast from tomorrow.
Kobchai Boonyaorana, deputy director-general of the Disaster Prevention and Mitigation Department, said the authorities had already prepared fully for the storm and sent out a warning to every province likely to be affected by it.
“We have warned the local authorities about this storm and focused on places vulnerable for flash floods and landslides, such as low-lying areas and mountainside slopes,” Kobchai said.
“We have also prioritised our monitoring in Nan and Chiang Rai, where the storm is expected to hit directly, as well as Loei and Nong Khai, because the storm will enter Thailand via Northern Laos.”
He was confident the disaster warning system was ready for the upcoming threat and said local authorities know precisely what to do when the threat became imminent.
RID deputy director-general Thongplew Kongchan said people need not worry because even if the storm hit Thailand directly, the reservoirs in the North and Northeast would be able to handle the incoming flow of water.
“Right now the major dams in the Northern Region such as Bhumibol Dam and Sirikit Dam only have half their storage capacity so they can store a lot more water,” Thongplew said. “The department has already prepared the waterways to boost water drainage in the event of storms.”
According to RID, eight provinces are still suffering from previous flooding – Kalasin, Roi Et, Yasothon, Ubon Ratchathani, Sakon Nakhon, Nakhon Panom, Ayutthaya and Chiang Rai. Yom River at Phitsanulok and Chao Phraya River in Ayutthaya were also overflowing.
The threat of severe flooding by Storm Pakhar was low in the North but greater in the Northeast, according Hydro and Agro Informatics Institute director Royon Jitdon.
“Even if the North is directly impacted by this storm, the geographical features of the region means the floodwater can drain out rapidly, unlike the flat plain of the North East, which is still soaked from the previous flood,” Royon said.
He also warned about possible problems in the Central Region, since the current monsoons were strong and 70 per cent of the area in Central Region and Bangkok Metropolitan area were likely to have heavy rain.