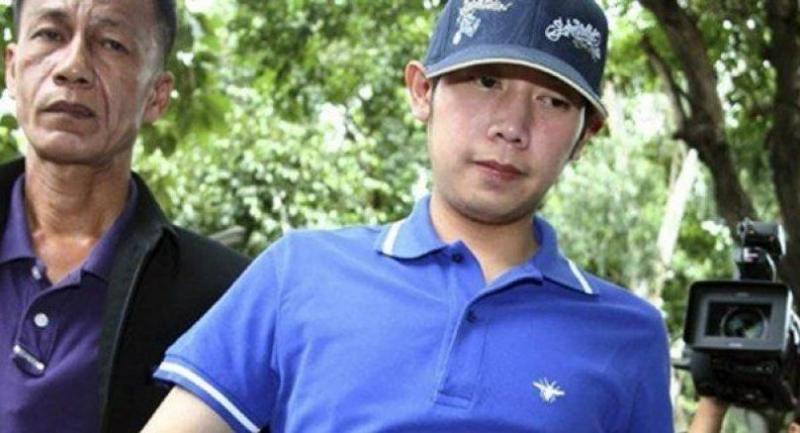 BANGKOK - A third criminal charge against the fugitive heir to Thailand's Red Bull fortune over a fatal hit-and-run expired on Sunday but prosecutors said it would not affect their heavily-criticised attempts to bring him to justice.

Worayuth Yoovidhya, better known as "Boss", is wanted for drunkenly ploughing his Ferrari into a policeman riding a motorbike in Bangkok in 2012, dragging the officer to his death.
After years giving prosecutors the run around, the 32-year-old billionaire has become an emblem for the impunity enjoyed by the rich and connected in unequal Thailand.
Earlier this year he fled the kingdom after an arrest warrant was finally issued following a series of no shows at police interviews.
Worayuth initially faced four charges: speeding, drunk driving, fleeing the scene of an accident and causing death by dangerous driving.
The statute of limitation on fleeing the scene of an accident, which carried up to six months in jail, expired on Sunday. Speeding and drunk driving have already run out.
He can now only be prosecuted for causing death by dangerous driving which does not expire until 2027 and carries up to 10 years in jail.
"It will not affect any request for extradition," Lieutenant General Somnuk Siengkong told reporters on Saturday.
Interpol has issued a "Red Notice" international arrest notice for Worayuth, whose whereabouts is still unknown.
His private jet was seen in Singapore shortly after he fled and his family are known to own properties in London.
In the years since the fatal hit-and-run the heir continues to lead a lavish, jet-setting lifestyle with frequent stops in Thailand as well as attending key Red Bull racing events.
Red Bull has repeatedly declined to comment saying the matter is private. His family has also remained silent.
Worayuth's billionaire clan has inherited the fortune built up by his grandfather Chaleo Yoovidhya, who co-founded the Red Bull brand with Austrian Dietrich Mateschitz in the 1980s.
Chaleo passed away in March 2012, leaving his family some $22 billion and control of more than 50 per cent of the energy drink empire, according to Bloomberg.