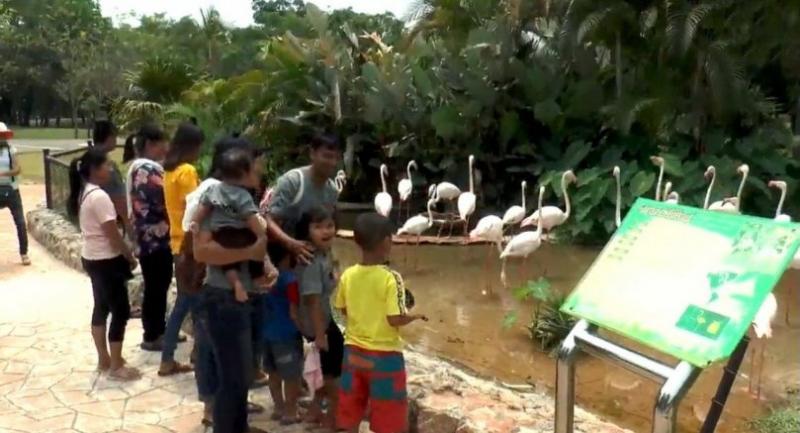 A RESPECTED doctor has stood by his claims that there were bird-flu infections in Thailand last year, even after several senior government officials issued denials on Monday.
Dr Thiravat Hemachudha, who heads the Emerging Infectious Disease Health Science Centre at Chulalongkorn University’s Faculty of Medicine, yesterday released details of bird-flu incidents to back up his claim.

Dr Thiravat Hemachudha
He said a full investigation into the deaths of several animals between August and September last year confirmed bird flu had occurred in Thailand.
“The Animal Health Research Centre for Lower Northeast [in Surin], for example, found all 40 small carnivores that became sick or died at a zoo were infected by H5N1,” he said.
According to the World Health Organisation, not all avian influenza viruses cause disease in humans but some can infect humans and cause severe infections. The most well-known of these is the H5N1 virus.
Thiravat added that he had already forwarded information he had to Public Health Minister Dr Piyasakol Sakolsatayadorn.
On Monday, Agriculture and Cooperatives Minister Grisada Boonrach insisted that bird flu had been eradicated in Thailand more than a decade ago and suggested that businesses affected by Thiravat’s claim could consider suing for compensation.
However, Thiravat has refused to back down, presenting further details about bird-flu cases that he said occurred in Thailand last year.
He said livestock officials had been alerted about suspicious animal deaths and went to investigate, while control measures were also implemented. For example, a zoo official with flu-like symptoms was prescribed Oseltamivir, which is often prescribed for people suspected of catching bird flu.
Thiravat said 32 zoo officials were also put on surveillance in the wake of bird-flu infections.
He added that the zoo had also temporarily closed its small-carnivore zone as a precaution and banned animal transport and fowl feed at its compound.
“Believing that zoo animals might have caught bird flu from quails, livestock officials also checked quail farms in four districts of Nakhon Ratchasima,” Thiravat said, in an apparent reference to the Nakhon Ratchasima Zoo.
The academic also released written communications between two doctors, whose names were withheld.
The conversation was a discussion on whether authorities should activate bird-flu responses and warnings. The two also discussed what medical equipment the Public Health Ministry would have to prepare in the event that bird flu spread.
Earlier this week, Thiravat said he had spoken up about bird-flu incidents in Thailand in the hope that relevant authorities would prepare a proper emergency response.
Thiravat said he was especially worried about the possibility the virus would spread from fowl to various other types of animals.
“Now, we see civets, fishing cats and crab-eating mongooses infected by the bird-flu virus,” he said. “What if the virus can pass on from these types of animals to humans?”
Livestock Development Department deputy director-general Jeerasak Pipattanapong-sophon said his agency had not found any spread of H5N1.
“We have inspected the Nakhon Ratchasima Zoo and it does not have a bird-flu problem either,” he said.
Akkapob Thongsawatwong, who heads the 3rd Regional Bureau of Animal Health and Sanitary, said although many deaths were reported at the zoo, they were not related to H5N1.
He said animal carcasses had been sent to the Animal Health Research Centre for Lower Northeast and results of detailed lab tests showed they were not positive to H5N1.