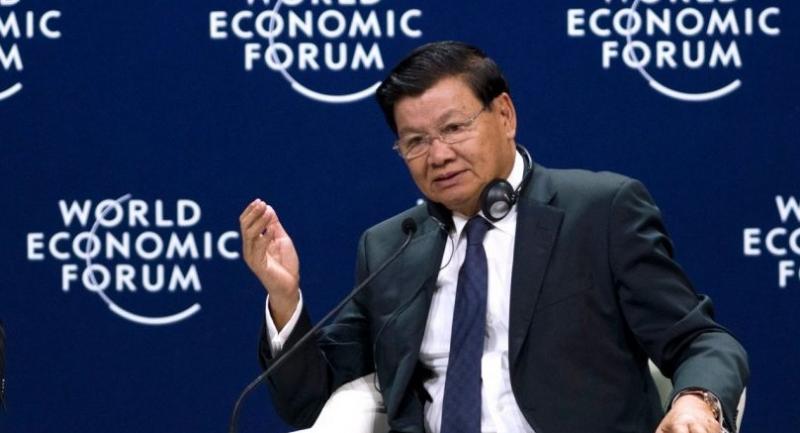 Prime Minister Thongloun Sisoulith told the World Economic Forum (WEF) in Hanoi, Vietnam, on Wednesday that the development of hydroelectricity dams in Laos must be safe and environmentally friendly.

The prime minister was responding to a question raised by the 27th WEF's discussion panel about whether the fracture of a dam in Laos' Attapeu province, resulting in a deadly flood, would affect Laos' approach to hydropower development.
"Of course it will impact the development of hydropower dams in Laos," he told the panel, in which government leaders from the Mekong Subregion took part.

The Lao government has suspended the consideration of proposals to survey and invest in new hydropower projects following the fracture and collapse of an auxiliary dam at the under construction Xe-Pian Xe-Namnoy hydropower plant in July.
As an additional precautionary measure, hydropower projects for which documents have been signed by the government and investors, as well as dams that are under construction, must undergo inspections to ensure they meet international safety standards before they can proceed.
"I have given a commitment to the Lao people and the international community that from now on the construction of hydroelectricity dams in Laos must undergo proper studies," Mr Thongloun told the discussion panel.
"The construction of hydroelectricity dams in Laos must be based on the conditions of top-quality studies and research. Designs must meet international standards and be scientifically sound."  Mr Thongloun added that international experts and engineers should be engaged in the study, design and construction process.
Dams that have been built must provide assurance that there will be no fracture or environmental damage, the prime minister said.
There are currently 52 hydropower projects with a combined installed capacity of more than 7,231MW operating in Laos and many more are under construction. Two-thirds of the power generated is exported with Thailand being the largest export market for the energy produced in Laos.
Mr Thongloun said many hydropower projects in Laos have met international safety standards and were deemed to be good models for hydropower development in the region and world. They include the Nam Ngum 1 hydropower project, which has been in operation for more than five decades.
The Nam Theun II hydropower project, which went into operation about 10 years ago, is another good example.
The prime minister said he disagreed with the popular concept that Laos could become 'the battery of Asean or even Asia', saying Laos' hydropower potential capacity was small compared to the region's energy demands.
But he said Laos had the potential to produce electricity for export to neighbouring countries. In addition to the dams currently in operation, the Lao government has made agreements with local and foreign investors to build another 379 hydropower plants, according to the Ministry of Energy and Mines.