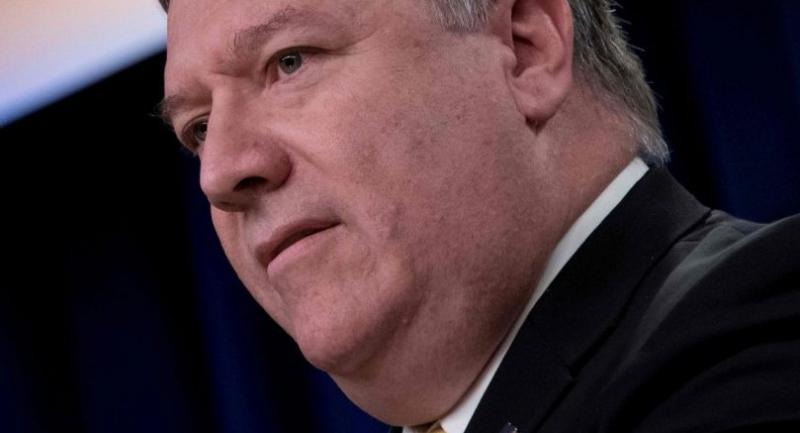 US Secretary of State Mike Pompeo said he hoped to accelerate a second summit between Kim Jong Un and Donald Trump as he kicked off an Asian trip Saturday featuring a meeting with North Korea's leader.

Pompeo arrived in Tokyo on the first leg of a tour that will take him to Pyongyang for a fourth time as the contours of a possibly historic US-North Korea deal take shape.

Speaking on the plane on the way from the United States, Pompeo said his aim was to "develop sufficient trust" between the historic foes to inch towards peace.

"Then we are also going to set up the next summit," said Pompeo.

However, he played down expectations for a major breakthrough, saying: "I doubt we will get it nailed but begin to develop options for both location and timing for when Chairman Kim will meet with the president again."

"Maybe we will get further than that."

In June, Trump met Kim in Singapore in the first-ever summit between the countries.

No sitting US president has visited North Korea, which according to human rights groups remains one of the most repressive countries on Earth.

Since the Singapore summit, which yielded what critics charge was a vague commitment by Kim towards denuclearisation of the Korean peninsula, the road towards better ties has been bumpy.

Trump scrapped a previously planned trip by his top diplomat to Pyongyang after what he said was insufficient progress towards implementing the terms of the Singapore declaration.

But the unorthodox US president has also declared himself "in love" with the strongman in Pyongyang.

Pompeo has repeatedly declined to be drawn out publicly on the shape of an eventual agreement. The United States has called for a comprehensive accord and strict enforcement of sanctions on North Korea in the meantime.

Japan, which has seen North Korean missiles fly over its territory and been threatened with annihilation, has historically taken a hard line on Pyongyang and stressed the need to maintain pressure on the regime.

More recently, however, Abe has said the only way to improve strained ties is a face-to-face meeting with former international pariah Kim.

After Tokyo, Pompeo travels to Pyongyang and then on to South Korea, whose dovish president Moon Jae-in has served as a go-between for the two sides.

In exchange, the United States would declare a formal end to the 1950-53 Korean War -- which concluded with an armistice rather than a full-blown peace treaty -- but North Korea would stop short of delivering an exhaustive list of its nuclear facilities, she said.

Pompeo refused to be drawn on the outlines of a deal, saying only that his "mission is to make sure that we understand what each side is truly trying to achieve."