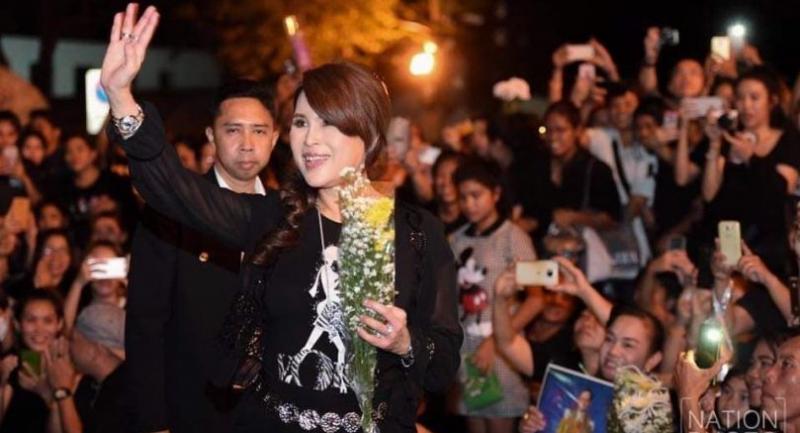 While the constitution allows parties to include a maximum of three people in their list of PM candidates, Thai Raksa Chart submitted a list containing only the princess’s name to the Election Commission.
Party leader Preechaphol Pongpanit said that everything was in accordance with the Constitution - the fact that an immediate member of the royal family was now Thai Raksa Chart’s candidate for Prime Minister would not give it any advantage over its rivals, he said.
Ubolratana Rajakanya Sirivadhana Barnavadi is the eldest daughter of the late King Bhumibol Adulyadej and older sister of HM King Maha Vajiralongkorn.
Her candidacy will only become official after the EC has verified and approved her eligibility to stand for PM, according to Preechaphol.
“One of the party members proposed her name during an executive meeting,” he said. “And she was kind and accepted our invitation.”
Princess Ubolratana posted details of her recent work in the north to her Instagram account on Friday morning. The post included the message: “We’ll walk together.”
It is the first time in recent Thai political history that an immediate member of the Royal Family has taken part in parliamentary politics but Ubolratana has shown a strong connection with the Shinawatra clan for a long time.
Thaksin was toppled from the premiership by a military coup in 2006, while his sister Yingluck Shinawatra was ousted by another coup in 2014.
That coup was led by General Prayut Chan-o-cha, who has also been listed by the Phalang Pracharat Party as its PM candidate in the March 24 election.