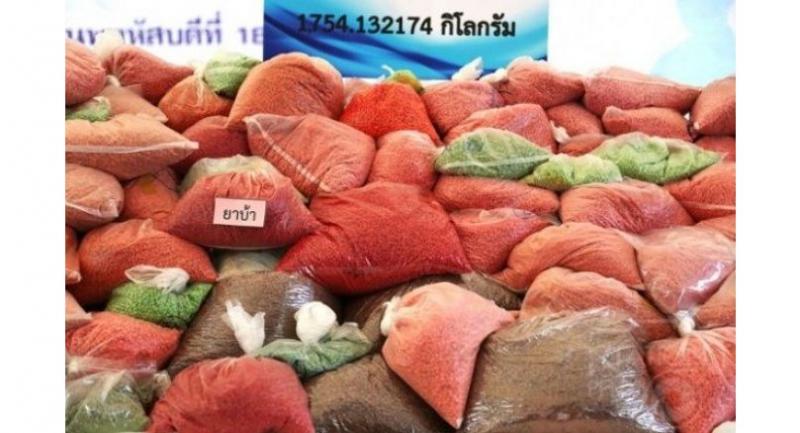 THE OFFICE of Narcotics Control Board (ONCB) has been training personnel in drug analysis to handle new illicit substances, following a Chinese analysis lab’s recent discovery of 230 new psychoactive substances.

China has subsequently banned beverages and sweets that contained illegal substances.
Justice Minister Prajin Juntong yesterday said at an academic seminar that better analysis was key in drug prevention and suppression as it helped identify sources. Each source used different formulae or ingredients, he said.
New chemicals that were not used in narcotics before and not listed in official databases are now being used, Prajin said. Hence each confiscated batch will no longer be destroyed right away but be analysed first, said Prajin, who is also deputy PM.
Lab tests are time-consuming and require new technology to ensure tests can keep up with the drug trade. He said this information was shared globally.
Thailand has been cooperating with Australia, China and Singapore and other Asean countries in sharing knowledge and analysis techniques, Prajin said.
Thailand usually serves as a transit country for narcotic smuggling to a third country, he said.
Hence, the Kingdom needs to now focus on the flow of ingredients to major drug-manufacturing sites, he added.
China’s National Narcotics Control Commission analyst Liu Peipei said her agency recently found 230 new psychoactive substances that could yield “highs”, but had different ingredients from heroin, methamphetamine and other common drugs.
“Recently, China banned the sale of a beverage contaminated with a narcotic that may be harmful to consumers. We also found THC [the active chemical in marijuana] in chocolate and jelly,” she said.