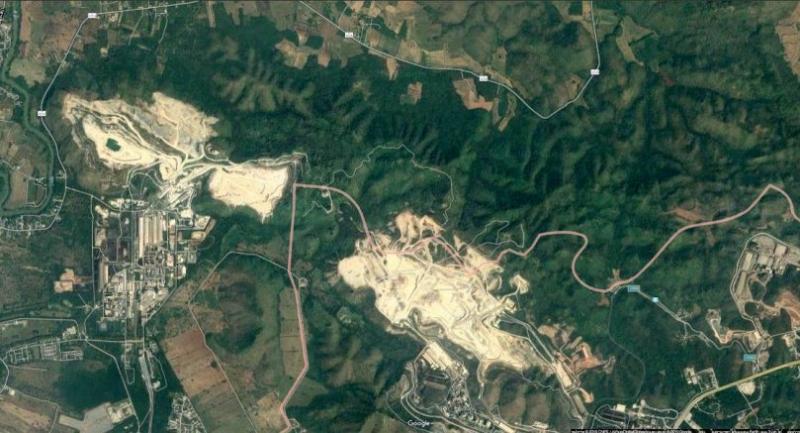 Questions raised over Cabinet nod for SCG use of forest reserve

THERE IS a growing outcry over the government’s recent decision to allow corporate giant SCG to utilise parts of a forest reserve in Saraburi province, as a special case, till 2036.

“I would like to urge society to help investigate this controversial government approval,” Mahasarakham University lecturer Chainarong Setthachua said yesterday.
He made the remarks after the Cabinet on Tuesday passed a resolution to permit cement manufacturer SCG to use more than 3,200 rai (512 hectares) of land in the Tab Kwang and Muak Lek Forest Reserve for its operations. The move raised eyebrows because the quarry would pose a threat to the ecological system.
The Natural Resources and Environment Ministry, however, successfully persuaded the Cabinet to give the green light mainly on grounds that those parts of the forest reserve had once been SCG’s concession area.
According to the ministry, the allotted land plots have enormous potential for mining, and SCG – also widely known as Siam Cement Group – has always complied with conditions related to permits issued to it. The previous permit for SCG to use the said land plots expired in 2011, but its mining licence remains valid until April 27, 2036.
The ministry, therefore, thinks that SCG should be allowed to use the land plots until the expiry date of its mining licence.
“The request to use these old concession areas has won approval from the National Environment Board and all relevant screening committees,” an official at the Royal Forest Department said on condition of anonymity.
He said legal exemptions could be granted for necessary projects, adding that the authorities also recognised the importance of industrial development.
“We believe that the government can put in place efficient control measures to ensure the private miner won’t cause any adverse environmental impacts,” he added.
Not everyone was convinced, judging by reactions from various sections of the society.
Chainarong said parts of the forest reserve approved for SCG’s use are located in a top-grade headwater area.
“In fact, I even suspect that these parts might have sat inside a national park that was established in 2016,” he said.
Veera Somkwamkid, secretary-general of the People’s Network Against Corruption, posted on his Facebook page that the military-installed government should have not rushed to give the green light, because the use of the said land plots threatened to destroy the country’s natural resources and environment.
He argued that with the general election scheduled for this month, the current administration should have let an elected government make the decision.
An online campaign kicked off on www.change.org yesterday to encourage people to help push for revocation of the controversial Cabinet resolution.
Leading the campaign is Somlak Hutanuwatr, an independent expert on primary industries and mines.
“This Cabinet resolution is illegal and contradicts the government’s 20-year national strategy and five-year mining master plan, which prohibit mining operations in headwater forestland,” she said.
She said she would consult the Legal Rights and Environmental Protection Association and try to secure an injunction from the Central Administrative Court against this Cabinet resolution.
Supaporn Malailoy, EnLaw Foundation coordinator, speculated that the Cabinet’s decision to let SCG mine limestone in the protected forestland may be in violation of the Minerals Act. Article 17 of this law clearly cited national parks, archaeological sites, areas of national security and headwater forestland.
Stop Global Warming Association president Srisuwan Janya also demanded that the Cabinet review its resolution.
“If the Cabinet ignores the voice of people, we will petition the Central Administrative Court,” he warned.