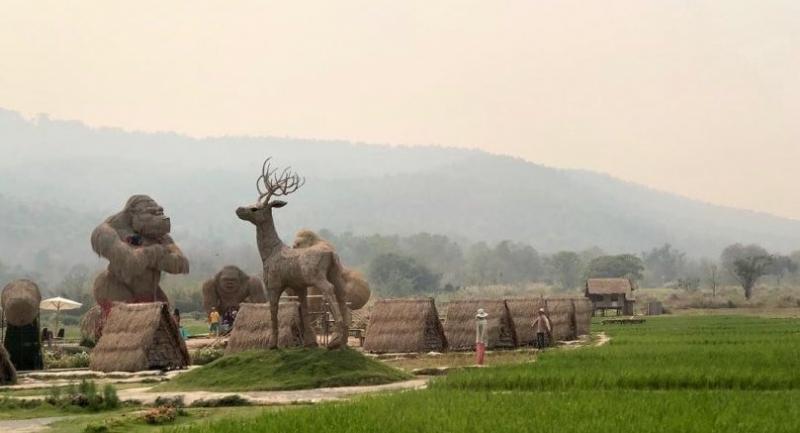 Angry northerners feel abandoned by the authorities, want to choose own governor.

SKIES ACROSS the Thai North are opaque with choking haze – the most serious smog crisis ever recorded in this country – but one thing citizens can see clearly is that the provincial and central governments are unable to protect their health and well-being.
Ordinary people are just going to have to help each other, they’re saying.
Local authorities’ inability to deal with the severe problem with any sense of promptness has already led to a campaign to remove Chiang Mai Governor Supachai Iamsuwan from office. Residents instead want a governor who is elected and thus directly accountable.

Meanwhile crowd-funding efforts and appeals for donations are underway to buy enough N95-grade facemasks and air purifiers for an estimated 500,000 northerners most at risk of harm from exposure.
Alarm is rapidly replacing concern as the level of hazardous airborne PM2.5 particles soars past 500 micrograms per cubic metre in some places – reaching a staggering 700mcg in one instance.
The safe limit recognised in Thailand is 50mcg, and even that is well above the United Nations standard.

Phayao
The North has endured dangerously high concentrations of PM2.5 almost every day for nearly four weeks and the situation is steadily and swiftly worsening.
No natural mitigation will come before the rainy season begins, leading to acceptance among the populace and experts this past weekend that the authorities have no answers and they must take direct citizen action.
Environmental health expert Sonthi Kotchawat pointed out that the authorities had prepared for the smog season this year and had plans in place, but ultimately they failed to curb the widespread practice of clearing cropland with fires and to adequately protect public health.
“In recent days the northern provinces have been suffering with daily PM2.5 level averages four-fold to six-fold greater than the safe limit,” Sonthi said.
“The official smog measures were such a big failure, even after the authorities had many months to prepare, that the public is very angry and calling for the governor to be sacked.”
Despite the situation turning extremely dangerous, he said, neither local authorities nor the central government have introduced better ways to alert people about the pollution threat or to protect public health.
“It is now past the point of warning citizens to remain indoors, and yet the authorities still won’t declare the affected provinces a pollution-control area, only because they’re too concerned about the impact on tourism!” Sonthi said.
Echoing the demand of a citizen petition, the Legal Research and Development Centre at Chiang Mai University’s Faculty of Law on Saturday released a statement urging Supachai to step down as governor. It also called for the entire local administrative system to be reformed so that the next governor can be elected by popular vote.
The central government customarily appoints provincial governors.
“The failure of the provincial authority to deal with the smog highlights the structural problem that makes local authorities appointed by Bangkok care more about the interests of the central government than taking care of the local people,” the statement read.
“Expelling one ineffective governor will not truly solve the problem, so we need to abolish the appointment system and let local people choose their provincial leaders through elections to ensure they get better care from the governor.”

A fire-fighter struggles to control a blaze in a Mae Hong Son forest, one of hundreds adding to severe air pollution across the North.
Naresuan University lecturer Tanapon Phenrat has suggested letting citizens form teams to solve problems that arise and that the authorities are not adequately addressing.
“We have to recognise that government officials are just normal people who happen to have a title and authority, and that their power doesn’t guarantee they can solve problems any better,” Tanapon said.
“We need both skills and strong will to effectively solve problems.”
In the case of the crippling haze, which the authorities clearly can’t handle, he recommended their power and funding from tax revenues be relinquished to citizen teams that would be established to tackle the problem independently.