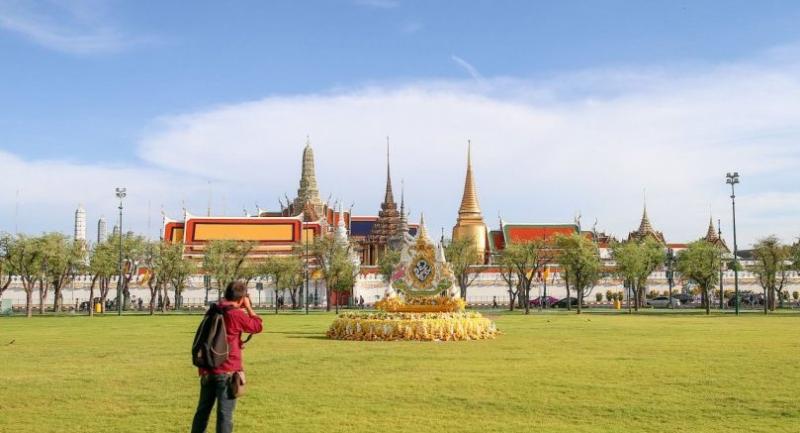 JUST TWO days ahead of the historic coronation of His Majesty King Maha Vajiralongkorn, many Thais decided to get ordained as Buddhist monks and attended special merit-making ceremonies in honour of the monarch.

The Sangha Supreme Council and the National Office of Buddhism arranged for provincial authorities and related agencies to organise the ordination of 6,810 monks nationwide yesterday to mark the coronation.
In the North, Phayao’s monastic committee chief Phra Rajapariya joined provincial deputy governor Pongpan Wichiansamut to host the mass ordination of 81 monks at Wat Sri Khom Kham in Tambon Wiang of Muang district. The newly ordained monks will stay in the order for 15 days, from yesterday to May 16, at Wat Phra That Chom Thong before discarding their saffron robes.
Down South, Songkhla Governor Weeranan Pengchan presided over a mass ordination ceremony at Wat Mahattaman-galaram in Hat Yai district for 127 men – many of whom were civil servants, police and military officers.

Separately, some 150,000 hats have been arranged for the public who will be lining the 7-kilometre stretch to greet His Majesty the King on Sunday during the “Liap Phranakhon” procession after the coronation ceremony, Police Strategy Office commissioner Lt-General Kraiboon Suadsong said yesterday. People have been advised to not spend the night or show up too early to reserve good viewing spots, as the officials will open 22 screening points only at noon. People can place themselves in any of the 23 zones along the 7km route by 3.30pm, he said.

Well-wishers gather in front of a portrait of Thailand's King Maha Vajiralongkorn in Bangkok on May 2, 2019, ahead of the royal coronation which will take place from May 4 to 6. // AFP PHOTO
On Saturday and Monday, the Bangkok Metropolitan Administration, Social Development and Human Security Ministry and Education Ministry will host musical and cultural performances in Sanam Luang by students from different schools, he said.
Kraiboon provided these updates after attending a meeting with a committee tasked with providing security and order during the coronation.
Meanwhile, the Traffic Police Division has announced the closure of 50 roads in Rattanakosin Island during the coronation period. The roads to be closed include Rajdamnoen, Nakhon Sawan, Khao Sarn, Samsen and Larn Luang.
The coronation ceremonies will run for three days, with His Majesty being officially crowned tomorrow, followed by the “Liap Phranakhon” procession on Sunday, and a public audience from the balcony of Sutthaisawan Prasat Throne Hall on the eastern side of the Grand Palace on Monday.
The government has declared Monday a public holiday and is calling on the public to attend and wear yellow shirts to express their loyalty to the monarch.