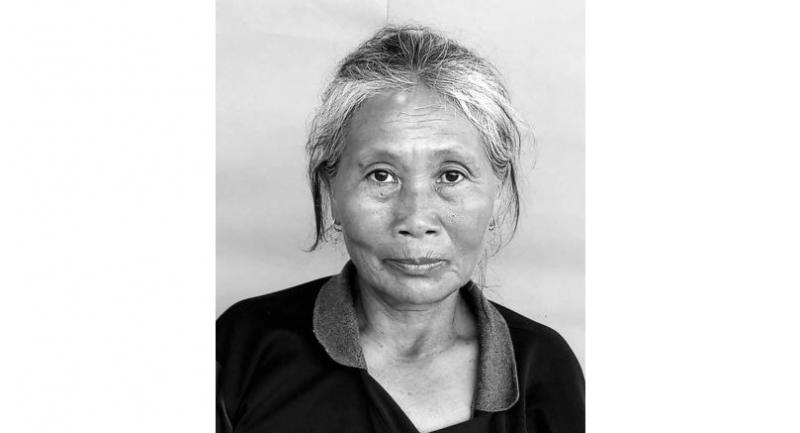 Another big blow has hit one of the 14 villagers convicted of encroaching on Chaiyaphum’s Saithong National Park – a court notice that she pay a large sum of compensation within 15 days.

All other convicts in a similar case, who strongly believe they are innocent, look set to also receive a notice ordering them to pay compensation.
Oranuch Pholpinyo, a member of the Network for Northeast Land Reform, revealed on Monday that the family of Srinuan Pasang, who is serving a five-month jail term, received the court notice that she must pay Bt150,000 in compensation to the Department of National Parks, Wildlife and Plant Conservation (DNP) within 15 days since the receipt of the notice.
“After receiving the notice on Sunday, her family can’t help but feel that the order adds salt to their wounds,” Oranuch said.
She said Srinuan was in jail and cashless, and her family had no idea how they could raise such a big sum.
“She is still awaiting a final court ruling. I can’t understand why the court has issued such a notice. Convicted villagers don’t have assets that can be forfeited,” she pointed out. “These villagers really believe they have made legitimate use of the plots and have not encroached on national park land.”
Oranuch said Srinuan’s family continues to farm on the disputed plot in Chaiyaphum – the one the DNP insists is in the national park zone.
“They want to exert their right to the plot even after Srinuan was sent to jail for using it,” she said.
All 14 defendants in the encroachment of Saithong National Park have insisted that they simply worked on the farmland their families have occupied for generations. So their right to the plots were established long before the national park was founded in 1992.
Oranuch believes the 13 other defendants will receive similar court notices as they were all ordered to pay compensation by the Court of Appeals.
At present, her network has raised funds to help these defendants and their families.
“We pay each family between Bt3,000 and Bt5,000 a month to help them cope with their plight,” Oranuch said, adding that donations were welcome because these people were desperately in need of help.
According to Oranuch, many defendants were bread winners and their imprisonment has seriously affected their families.
“There’s an extended family in which four adult members have been jailed for encroachment,” she added.
Somnuk Tumsupap, a lawyer for the Northeast Land Reform Network, said he would file an injunction as the case had not yet got a final court verdict.
“We will also write to the DNP to ask why it is pushing so fast for the compensation,” he said, emphasising that the agency was not so swift in dealing with encroachment cases elsewhere.
Somnuk plans to petition the Supreme Court on behalf of all 14 defendants. The petition for one of the defendants, Nittaya Muangklang, has been accepted by the Supreme Court. Petitions for six other defendants have also been submitted but the court has not yet confirmed its acceptance.
“We will file petitions for seven other defendants in the Supreme Court by July 15,” he added.
The Supreme Court has the authority to decide whether to accept a petition or not. If it rejects the petition, the ruling by the Court of Appeals is final.