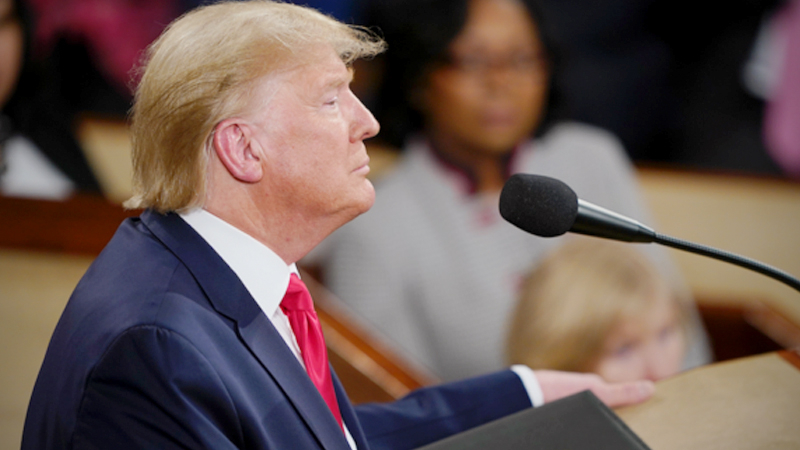 WASHINGTON - Some Supreme Court justices on Monday seemed skeptical of President Donald Trump's claim that he has the authority to exclude undocumented immigrants from population totals when deciding congressional reapportionment. But they also wondered whether a definitive answer is needed now.

Chief Justice John Roberts was among those questioning whether the court should wait to see whether the Census Bureau, under the direction of Commerce Secretary Wilbur Ross, can even produce useful numbers about the undocumented population. Or whether the numbers the government can produce will make a difference when deciding the size of each state's congressional delegation.

Acting Solicitor General Jeffrey Wall said during Monday's arguments that it was unclear what the department can produce in the remaining month before its report to the president is due. The Supreme Court said over the summer that the administration could not ask a citizenship question on the census form.

Wall said it was more likely the president would try to eliminate subsets of the undocumented based on existing administrative records, but it was unclear how successful that process would be.

Even though the court had granted the case on an expedited schedule to reach a decision before Jan. 1, Justice Samuel Alito seemed to agree with the chief justice.

"It could be that we are dealing with a possibility that is quite important," he said. "It could be that this is much ado about very little. It depends on what the Census Bureau and the Department of Commerce are able to do."

Lawyers for states protesting Trump's intentions and organizations who say they would be hurt by the change said a slight delay might give the justices more insight, but making them wait until after the president has decided the size of each state's congressional district would be too much.

They said the court could decide now that the president simply does not have the authority to exclude those residing in the country on April 1, when the census began, even if they are undocumented.

"The Constitution and laws provide that House seats should be allocated on the basis of total population," said New York Solicitor General Barbara Underwood, a Democrat. "The framers wanted a system that could not easily be manipulated. So they decided to count just the persons living in each state. The policy here would for the first time in this nation's history reject that choice."

Wall acknowledged that no other president has ever taken such a position. But he said the president had the authority to eliminate at least some people who were in the country illegally.

He ran into trouble even with some conservative justices on that assertion, including from Justice Amy Coney Barrett.

"A lot of the historical evidence and long-standing practice really cuts against your position," Barrett told Wall. "And, you know, there's evidence that in the founding era, an inhabitant was a dweller who lives or resides in a place."

American Civil Liberties Union lawyer Dale Ho said some undocumented aliens have lived in the country for years and easily are categorized as inhabitants of the state.

"Eighty percent are essential workers. One in four are homeowners and pay property taxes," Ho said. "They're our neighbors, our co-workers, and our family members. They are usual residents under any plausible definition of that term."

Three lower courts have ruled against Trump, and a fourth said the time was not ripe for a decision on the question's merits.

The administration is hurrying to finish the count and submit the reapportionment report to Congress before President-elect Joe Biden is inaugurated Jan. 20.

Wall told the justices it was "very unlikely" that the administration could identify all of the more than 10 million people estimated to be illegally living in the country.

He said it is now trying identify categories of people - those awaiting deportation, for instance, or held in detention - who might be excluded. But Wall said it was unknown at this point whether those categories would amount to enough to change how the congressional seats should be allocated.

No one disputes that eliminating the undocumented would shift representation from some more diverse states with large immigrant populations to states where the population is more White.

A Pew Research Center study this summer found that if the country's undocumented immigrants were excluded from apportionment, California, Florida and Texas would end up with one fewer seat each and Minnesota, Ohio and Alabama would end up with one more each, compared with what they would have gotten with no adjustments.

Some of the court's liberal justices seemed skeptical of Wall's assertion that everything was too speculative at this point for the court to act.

Justice Elena Kagan said the administration has been working on the project for some time and could have enough documentation to remove up to 5 million people from the count.

Justice Stephen Breyer disputed whether Trump could legally exclude any substantial number, referring to the Constitution's command that the census count "all persons" and that those numbers be used for reapportionment.

In a July memorandum, Trump told Ross to submit both the census report and a report to be used for apportionment that, to the extent possible, cut out undocumented people.

The lower court decision at issue, from a three-judge panel in New York, restricted Ross from including the second number. But Roberts said that seemed like a "gag order" on a president's subordinate.

The census report is to be submitted to the president by the end of the year. It is up to the president then to inform Congress within one week of the opening of its next session how its 435 seats are to be allocated. The House clerk then has 15 days to inform the states of the number of representatives to which each is entitled.