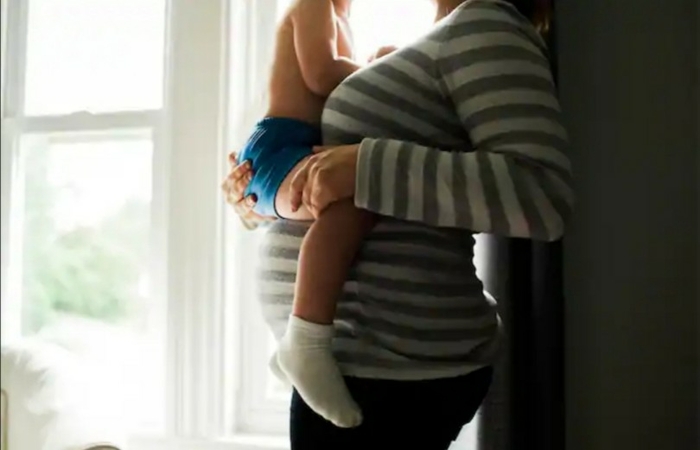 Pregnant women agonize over unknowns of taking the coronavirus vaccine

For the first eight months of her pregnancy, Yadira Rivas, a nurse coordinator at Neighborhood Health of Virginia, relied on masks and gloves to protect her from the coronavirus that is rampant among her patients.

Recently, she's been considering another option - getting vaccinated. But after consulting with her obstetrician, Rivas decided to wait to get a shot until after her baby is born.

"One thing that the provider did mention is that it is worse to have the covid than to have the vaccine," she said. But with no safety data available for pregnant women, Rivas thinks she would have chosen to wait even if she were far earlier in her pregnancy. "Just to stay safe," she said.

The same conundrum faces millions of women across the country, among them many health-care workers like Rivas who are being offered vaccines not yet tested on pregnant or lactating women.

With the exception of the smallpox vaccine, which can cause a rare but serious infection of the fetus, vaccines have been safe and enormously beneficial for pregnant women and their babies. Experts say the safety of the new mRNA vaccines, which do not contain live virus, would probably be similar in pregnant and nonpregnant people. What's more, pregnant women face the potential of severe illness from covid-19, which may also increase the risk of preterm birth and other serious outcomes for both mother and infant. Experts also warn against lumping the two distinct biological phases of pregnancy and lactation together.

The Centers for Disease Control and Prevention has concluded that "people who are pregnant and part of a group recommended to receive the coronavirus vaccine, such as health-care personnel, may choose to be vaccinated." The CDC also says that "mRNA vaccines are not thought to be a risk to the breastfeeding infant."

The American College of Obstetricians and Gynecologists similarly says that "covid-19 vaccines should not be withheld from pregnant individuals who meet criteria for vaccination." It also recommends the vaccines be offered to lactating women. But ACOG adds that because of the lack of data, "the potential risks to a pregnant individual and the fetus are unknown."

All of which leaves the process of weighing the pros and cons up to the individual in consultation with her doctor.

"The medical community has done a good job of saying, 'We don't know,' " said Daryl Stoner, an obstetrician with Einstein Physicians Women's Associates for HealthCare outside Philadelphia. "That drives people crazy. They want to be told it's safe."

Doubts erupted in online pregnancy forums such as What to Expect, with views ranging from women saying they "would not risk putting my baby in danger" and counseling others to wait for more data or wait out the pandemic, to health-care workers declaring they were "absolutely getting it." In some Facebook groups, where anti-vaccine advocates have fanned false worries about many vaccines, the fears are heightened. Many linked to Britain's policy, advising against immunizing pregnant women until more is known about mRNA vaccines.

The differing messages concern many American vaccine experts like Ruth Karron, director of the Center for Immunization Research at the Johns Hopkins Bloomberg School of Public Health, who praised the way U.S. regulatory agencies and professional groups have handled the situation, while emphasizing the need for more research.

From the outset, "we and many others were beating the drum for thinking about pregnant women," said Karron, who is a leader of the PREVENT project, which pushes for including pregnant women's interests in the development of vaccines against emerging pathogens such as Zika, Ebola and now covid-19.

Karron would have liked to see toxicology studies known as DART studies, which focus on developmental and reproductive risks, completed earlier. The resulting information along with initial safety data from nonpregnant individuals in clinical trials could then have been reviewed by experts to determine how and when the vaccines should be formally evaluated in pregnant women.

As it is, there is a little data from a handful of women who became pregnant during clinical trials. Observational data will also emerge as pregnant women who get vaccinated sign up for V-safe, a CDC app that uses texts and web surveys to check in with coronavirus vaccine recipients.

Clinical trials on pregnant women and young children could begin early this year. Stephanie Gaw, an assistant professor in maternal-fetal medicine at the University of California, San Francisco Medical Center who has been studying the impact of covid-19 on pregnancy, said her team is planning to launch a study on the vaccine in pregnant and lactating women in the coming weeks.

"There has been so much interest from health-care workers," Gaw said. " 'Do you want my breast milk? Blood? To evaluate my immune response?' "

Mary Prahl, an assistant professor of pediatric infectious diseases at UCSF who works with Gaw, said she would have liked to see a parallel clinical trial of the vaccines for pregnant women.

Prahl, who is 14 weeks pregnant and plans to get the vaccine soon, said that having studied covid-19 for most of this year, she was relieved to learn a vaccine would be available to her.

"I don't have any hesitation for myself," said Prahl, while acknowledging that if she were advising a patient, she would run through potential risks and benefits.

"Everyone brings something different to the table," she said.

The biomedical establishment long excluded pregnant women from research. The National Institutes of Health didn't open an Office of Research on Women's Health until 1990, when manifestation of gynecological symptoms of AIDS helped confirm the need to focus on women.

In clinical trials, a combination of ethical concerns and legal liability continues to handicap progress, according to Ruth Faden, founder of the Johns Hopkins Berman Institute of Bioethics and a colleague of Karron's on the PREVENT project.

"It's a profound injustice that pregnant women and offspring are late to the table and late to receive benefits," Faden said.

The upshot is that obstetricians have to rely on observational data with many medical treatments, according to David Jaspan, chair of the department of obstetrics and gynecology at Einstein Healthcare Network in Pennsylvania, where pregnant women are asked to get a note from their providers before getting the new shots.

"We can't comment on the safety of vaccine; we can comment on the impact of covid on pregnancy," Jaspan said, describing a conversation he had recently with a pregnant health-care worker who did not want to be among the first recipients.

Such shared decision-making is made more complicated by vast variability in the circumstances of pregnant women. A woman working from home is at less risk of exposure to the virus than, say, a food service worker in a hospital or someone whose partner travels on public transportation every day. Some pregnant women suffer from conditions such as obesity or hypertension that increase the chance of complications should they contract covid-19.

And pregnancy is a dynamic state, not only in terms of fetal development but because it has a beginning and an end: A woman with just a few weeks left before delivery may decide to delay vaccination and instead avoid exposure to the virus until her baby is born.

Add to that the fact that women's childbearing years are limited and some may feel under pressure to get pregnant.

Frederick, the fertility specialist, said uncertainty about whether to get the vaccine has added to the anxiety many of her patients already feel.

"It's a time-sensitive condition they have," she said. "They need to be continuing treatment and not delaying it, hoping the pandemic will go away."

Frederick closed her clinic during the early months of the pandemic, advising her patients to delay treatment until more was known about the coronavirus. Now, though, she sees the vaccine as a positive step and in general counsels them that the benefits outweigh any risk.

"I think it's a good protection," Frederick said.

Jaspan said providers and their patients should expect knowledge to evolve as well as their own circumstances.

"If they decide no today, they can decide yes tomorrow," he said. "And that's OK."