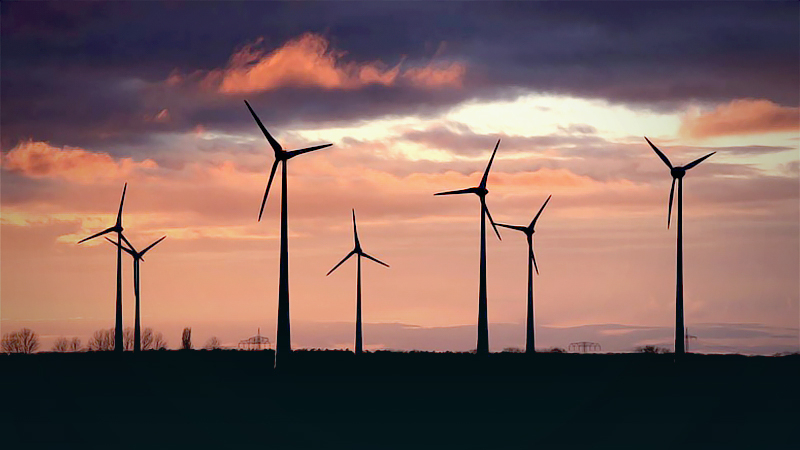 Gim Seong-gon was running a steel-manufacturing business in the late 1980s when he became fascinated by wind power. The South Korea native saw growth potential in the field and decided to get involved.

It was a good decision. With an early injection of capital from Goldman Sachs, his CS Wind Corp. has become the world's biggest manufacturer of wind towers. The firm's shares have rallied for the past four years, surging almost fivefold in 2020 alone, and expectations are running high for even more growth with the change of administrations in Washington.

Gim, 67, the son of a farmer, is now one of the wealthiest people in South Korea. The 51% stake in the company he owns with his family is valued at $1.4 billion, according to the Bloomberg Billionaires Index.

"Gim was quick to identify the growth potential globally," said Han Byung-hwa, an analyst at Seoul-based Eugene Investment & Securities Co. "The industry has seen faster growth than other traditional businesses."

Gim made the shift to renewable energy in 2003, setting up CS Wind's first wind-tower factory in Vietnam to take advantage of lower labor costs. Five years later, his company received an investment of 47.2 billion won ($43 million) from Goldman Sachs, which helped it expand into seven countries.

CS Wind now operates plants in countries including Malaysia, China and the U.K., selling its wind towers to firms such as Siemens Gamesa Renewable Energy, General Electric and Vestas Wind Systems It also plans to build factories in the U.S., where newly elected President Joe Biden has pledged to prioritize suppliers based in the nation.

"Running a business is all about constantly finding new goals to challenge," Gim said in an interview with a company magazine in 2014. "When a goal is achieved, you need to go for a new one. That's how I've managed the business."

CS Wind shares rose as much as 3% on Wednesday, rebounding after four days of losses. A company spokesman declined to comment on Gim's fortune.

A shift to green energy has helped lift the fortunes of companies that make everything from electric vehicles to batteries to solar panels. Investments in low-carbon energy projects and technologies more than doubled in the past decade to $501.3 billion last year, and almost two-thirds of that came from renewables -- mostly solar and wind, according to a BloombergNEF report this month.

With governments around the world pushing to go green, wind and solar are expected to meet 56% of the world's electricity demand in 2050, a BNEF analysis found. In the U.S., Biden wants to make the nation's electricity grid carbon-free by 2035, while China plans to go carbon-neutral by 2060 and European Union leaders agreed to cut greenhouse-gas emissions by at least 55% by 2030.

The rush to renewables has boosted the fortunes throughout the world. Claus Sauter, the chairman of German biofuel maker Verbio Vereinigte BioEnergie, and his family, as well as George Sakellaris of U.S. energy-solutions supplier Ameresco Inc. have become billionaires as shares of their firms have jumped more than threefold in the past year.

Through a company representative, Sauter said the gain "spurs us on to consistently continue on the path we have chosen," while not commenting on his wealth. An Ameresco spokesperson didn't respond to a request for comment.

CS Wind's offshore manufacturing operations were what appealed to Goldman Sachs when it invested in 2008, according to a spokesman for the bank. The firm, which has since exited most of the bet, said it's one of the biggest backers of the renewable-energy sector in the region.

"We were able to couple Chairman Gim's passion and more than two decades of deep industry expertise with our global experience and network in the alternative- and clean-technology industry," said Stephanie Hui, co-head of Goldman Sachs's merchant banking division in Asia.

Revenue at CS Wind more than doubled in the two years to 2019 and climbed 16% to 695 billion won in the first nine months of 2020, with net income jumping 68% to 49.3 billion won. Still, more than 80% of CS Wind's third-quarter sales were from three clients, making it vulnerable should one of them end the relationship.

For Gim, who paid his way through college by working at the post office and giving private tutoring lessons, the company has marked a big change in fortunes.

After graduating Seoul's Chung-Ang University with a degree in trade, he worked at a property developer and moved to Saudi Arabia in a bid to make more money. That's where he set up his first business venture, before returning to South Korea to start a business manufacturing steel structures including chimneys for thermal power plants in 1989.

"Life was tough back then," Gim said in a 2014 interview with a local newspaper, adding that's also what drove him to take on new challenges. "In retrospect, that time planted confidence in me."