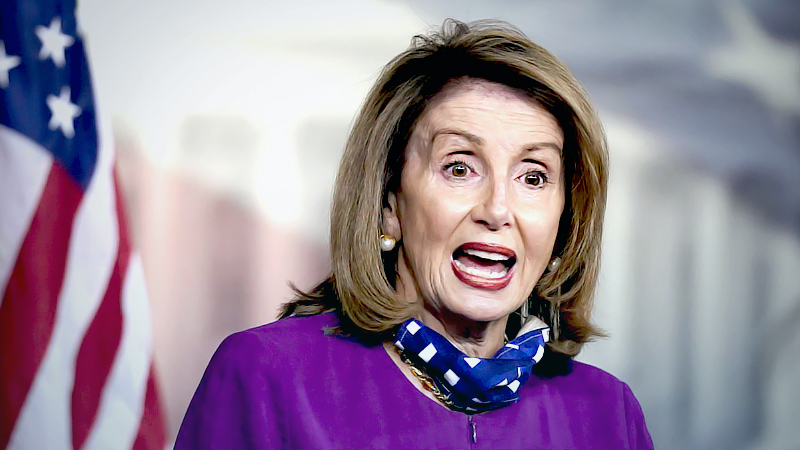 WASHINGTON - The two newly elected Democratic senators from Georgia pressed White House officials and fellow Senate Democrats Thursday to act quickly to pass a new round of stimulus checks, arguing that this promise won their party the Senate majority and needs to get done.

The comments by Sens. Jon Ossoff and Raphael Warnock during a private lunchtime call with the Senate Democratic caucus and top White House economic advisers were confirmed by several people with knowledge of them, who spoke on the condition of anonymity because the discussion was private.

Ossoff and Warnock won special elections in Georgia this month on promises to deliver voters a new round of $2,000 stimulus checks if elected. President Biden made the same pledge to Georgia voters while campaigning for the two candidates, whose victories gave Democrats narrow control of the Senate.

The stimulus checks are a centerpiece of Biden's $1.9 trillion coronavirus relief plan, which Democrats are aiming to move quickly through Congress in coming weeks through special budget rules that would allow them to pass the legislation without GOP votes. The checks in the Biden plan are $1,400 per person, but would come on top of $600 checks included in the last relief package in December, a two-payment total of $2,000.

The arguments from Ossoff and Warnock in favor of fast action on the checks played into a larger sense of urgency among Democrats during the discussion Thursday that Biden's package must be enacted swiftly, with or without GOP support. Aides to Ossoff and to Warnock declined to comment on the closed-door lunch.

Sen. Debbie Stabenow, D-Mich., added in a statement: "Both Brian and Jeff showed us how serious the White House takes this pandemic and the actions needed to get our arms around this crisis. We know Americans need urgent help and Senate Democrats are prepared to act as soon as possible."

The discussion came as Democrats formalized plans to move forward on their own with the stimulus legislation, despite warnings from Republicans that they might regret doing so, especially after Biden ran for president as a bipartisan dealmaker.

House Speaker Nancy Pelosi, D-Calif., said earlier Thursday that the House and the Senate would take initial votes next week on a budget bill that would allow subsequent party-line passage of the sweeping relief package. She portrayed the partisan "budget reconciliation" approach as a fallback position that could pressure Republicans to come on board.

"By the end of the week we will be finished with the budget resolution, which will be about reconciliation if we need it," Pelosi told reporters at her weekly news conference.

"We have to be ready. I do think we have more leverage to get cooperation on the other side if they know we have an alternative," she said.

The "reconciliation" process allows a budget resolution to pass the Senate with a simple majority vote instead of the 60 votes normally required for major bills. That could allow the Democrats who control the Senate to pass the legislation with no GOP support, though it would be a struggle because the Senate is split 50-50 between the two parties after Ossoff and Warnock flipped two GOP-held Senate seats in Georgia. Democrats have the majority because Vice President Kamala Harris can break ties.

Senate Republicans, including members of a bipartisan group that has been meeting with administration officials about the relief plan, criticized Democrats' plans to move forward under reconciliation - especially given Biden's call for unity.

"It starts the whole process off in a very different place than I think President Biden was in his inaugural address just two weeks ago," said Sen. Roy Blunt, R-Mo., a member of GOP leadership.

"It's confrontational. It's certainly not collaborative," Blunt said.

Sen. Susan Collins, R-Maine, a leader of the bipartisan group, told reporters that "it's certainly not helpful" if reconciliation moves forward. She also said she had spoken personally with Biden and had "a very friendly call," in one of the first public indications that the president is engaged in the kind of personal bipartisan outreach he promised while campaigning.

Several Republicans suggested that they would be open to a narrower bill focused on money for vaccines and other priorities. But Democrats and White House officials said they were not going that route. In addition to the new round of stimulus checks, Biden's plan includes an extension of unemployment benefits set to expire in mid-March, an increased child tax credit, and hundreds of billions of dollars for schools, vaccines and the health-care system.

"We are not looking to split the package," said White House press secretary Jen Psaki.

"And the reason is because we are not going to put ourselves in a place where . . . we're choosing between helping families to put food on the table and making sure kids get back to school and getting a vaccine in the arms of Americans," Psaki said.

Democrats said they were determined to move ahead, especially in light of alarming economic reports released Thursday, including news that economic growth shrank in 2020 more than it did during the Great Recession.

It remains uncertain whether Democrats will have the votes to move forward with a partisan reconciliation bill. The most conservative Senate Democrat, Sen. Joe Manchin of West Virginia, sidestepped when pressed Thursday on whether he'd support that approach, insisting several times that "we're going to make Joe Biden successful."