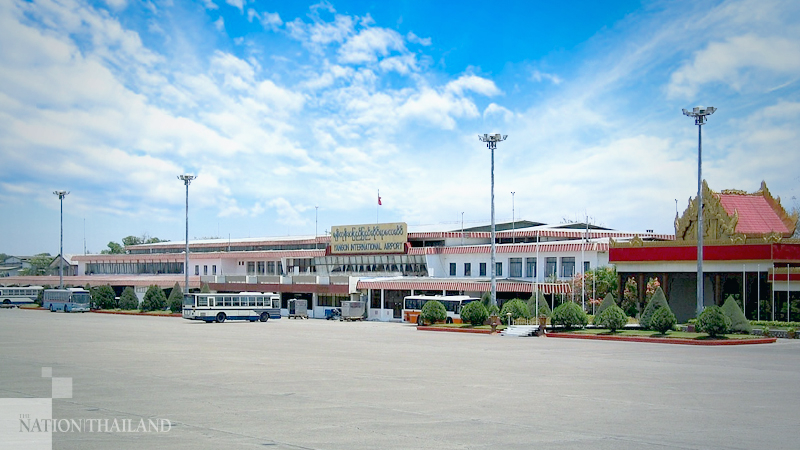 Supporters of Myanmar's military rallied in the nation's largest city as it moved to suspend all flights through April, raising fresh concerns about the army's crackdown a day after it seized power in a coup and detained senior government officials and activists.

The rally in the commercial capital Yangon is the first since de facto leader Aung San Suu Kyi and her colleagues were taken in early morning raids on Monday. "It is not a coup, but just an act of retaining the power to prevent others from misusing it," a monk, Tipitaka Thitsar Pwintlin, told the pro-military crowd, urging them to thank the army for protecting the nation and its majority Buddhist religion.

The military on Tuesday instructed airlines to suspend all flights until April 30 -- an extension of travel restrictions put in place by the previous government to contain the spread of covid-19 -- and reopened the country's stock exchange for trading from Wednesday.

President Joe Biden said the U.S. could reinstate sanctions if the military doesn't "immediately relinquish the power they have seized" and release activists and officials.

"The United States removed sanctions on Burma over the past decade based on progress toward democracy," Biden said Monday in a statement that called on the generals to release activists and officials, lift restrictions on telecommunications and refrain from violence. "The reversal of that progress will necessitate an immediate review of our sanction laws and authorities, followed by appropriate action."

Broader sanctions like those imposed before the country's shift to democracy more than a decade ago are likely to hit Myanmar's 55 million citizens, many of whom overwhelmingly voted for Suu Kyi's party.

The Southeast Asian nation's economy was already struggling under the impact of the pandemic. The International Monetary Fund expects Myanmar's economic growth to fall to 0.5% this fiscal year, as virus cases take a toll on the country's key economic drivers, including exports, remittances and tourism.

The first wave of the pandemic "forced many poor households to adopt risky and unsustainable mechanisms to buffer the shock, including reducing their daily food consumption," the World Bank said. "Even before the second wave hit in late August, many households were struggling to repay their debts. The ongoing restrictions under the second wave put more households at risk of entering poverty."

Myanmar's growth outlook now depends on a pipeline of key infrastructure projects and foreign direct investment, which could be delayed or canceled altogether if sanctions are implemented and if foreign entities decide to pull the plug amid elevated political risks, Fitch Solutions noted Monday.

"Infrastructure projects, both public and private, even if not canceled, also face high risks of stalling over the near term due to a combination of lack of funds, social unrest, and further lockdowns due to a renewed outbreak of covid-19 following mass protests," it said in a statement.

The World Bank on Tuesday said it was "gravely concerned" about events in Myanmar, also known as Burma, calling the military's actions a "major setback to the country's transition and its development prospects." The institution has funded projects ranging from electrification to education to covid-19 relief.

The military pledged to hold elections after a 12-month state of emergency and formally replaced Suu Kyi as foreign minister when it installed 11 new ministers to cabinet posts late Monday. A state-run television broadcast announced the new foreign minister as Suu Kyi's predecessor, Wunna Maung Lwin, while Win Shein, who previously held the post of finance and planning minister, was reappointed to the position.

Suu Kyi on Monday urged her supporters to oppose the army's move, calling it "an attempt to bring the nation back under the military dictatorship without any care for the covid-19 pandemic people are facing." The election commission last week labeled the vote transparent and fair, and in 2015 the military had accepted her party's landslide election win.