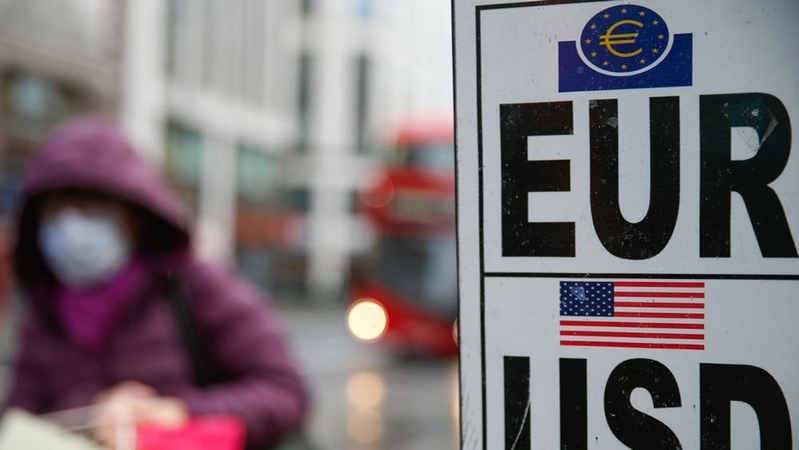 Vaccination rates are driving many currencies

The stop-start pace of vaccine rollouts around the world is handing investors a new route to profit in the $6.6 trillion-a-day currency markets.

Of the five countries leading the fight against covid-19, all but one saw their currencies gain versus the dollar in January, according to a Bloomberg study of the 15 biggest economies with publicly available vaccination and infection data. The U.K.'s inoculation progress offset elevated case rates enough to propel the pound higher, while the European Union's chaotic distribution has weighed on the euro. These moves have blurred the picture for the dollar, which lies on the other side of these trades and has defied expectations that it would weaken even as the U.S. itself grapples with varied infection and vaccination rates.

As the pandemic shifts the currency trading landscape, one thing is becoming clear: gone are the days when central bank rate outlooks and growth differentials were the pre-eminent drivers of trading strategies. Instead, fund managers like those helping oversee billions of dollars at Aberdeen Standard Investments and Brandywine Global Investment Management are becoming amateur experts on herd immunity, parsing the growing correlations between inoculations and foreign exchange for trading signals.

"The trend in terms of speed of vaccinations, and then in terms of the infection rates as a follow through, gives a good insight into who will open up fastest," said Charles Diebel, who manages about 4.5 billion euros ($5.4 billion) at Mediolanum in Dublin.

Many traders see defeating the virus as a prerequisite to a nation rebooting its economy, and thereby bolstering its currency, elevating the importance of a successful -- and quick -- vaccine rollout.

For example, Australia's dollar took a dive versus its New Zealand peer last week after Germany cast doubt on the effectiveness of AstraZeneca's covid-19 shot, which forms part of Australia's vaccination program.

But nowhere is the relationship between currencies and the vaccine clearer than in the U.K. Britain ranked near the top of a Bloomberg study of three variables: cumulative progress in vaccinations and pace of rollouts, offset by the rate of virus infections.

It may also boost the dollar. While the U.S.'s continued global lead in new coronavirus cases has offset the positive impact of vaccines, the dollar has strengthened since America's rollout kicked off in earnest mid-December.

Nordea's Martin Enlund sees vaccine divergences as among the reasons to expect U.S. growth expectations to climb versus the euro area, while Standard Chartered strategists Steven Englander and Geoff Kendrick point to the EU's vaccine lag as a downside risk to their forecast for euro strength this quarter.

For Aberdeen Standard Investments, it's enough to bet that the dollar will instead outpace the euro.

"The U.S. also has covid issues but its vaccine rollout will be more rapid than the EU," said James Athey, a fund manager at Aberdeen Standard. "High-level stats on such progress are an input into our thinking."

Still, while some traders see vaccine progress as a straight-up boon for a currency, others are taking that calculus one step further.

For Brandywine's Jack McIntyre, a speedy rollout in America, particularly in tandem with one in China, could actually weaken the dollar. That's because success in these two nations would likely spur a global recovery, driving investors away from havens -- like the greenback.

That's why McIntyre, who helps manage $63 billion, has been buying currencies of countries driven by natural resources since July, including the Mexican and Colombian pesos, and the Australian and Canadian dollars.

For others, it's about looking at how the pace of vaccinations ultimately feeds into the trajectory of more traditional drivers -- such as central-bank policy and economic growth.

Take the shekel, which enjoyed world-beating gains earlier this month on the back of Israel's global lead in inoculations -- that is, until the Bank of Israel announced plans on Jan. 14 to spend an unprecedented $30 billion to rein in currency strength.

It's key that investors watch how vaccines play into the thinking at central banks, as many are basing forecasts and the tone of policy statements on progress in inoculations, according to Simon Harvey, senior market analyst at Monex Europe Ltd. in London.

"The quicker effective vaccines can be distributed, the earlier economies can reopen and their recoveries can resume," he said.