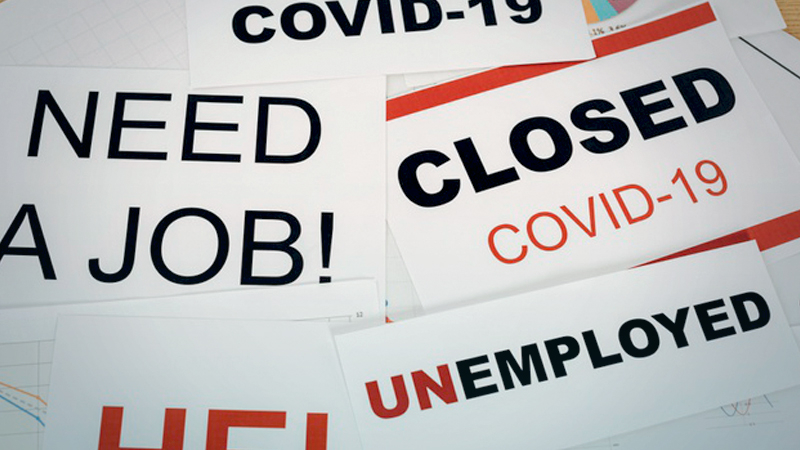 South Africa's unemployment rate climbed to a record in the fourth quarter as more people started to look for jobs in an economy that was ravaged by lockdown restrictions to curb the impact of the coronavirus.

The jobless rate rose to 32.5% from 30.8% in the previous three months, Statistics South Africa said Tuesday in a report released in the capital, Pretoria. That's the highest number on record. The median estimate of five economists in a Bloomberg survey was 31.5%. Unemployment according to the expanded definition, which includes people who were available for work but not looking for a job, fell to 42.6% from 43.1% in the previous quarter.

The unemployment rate in Africa's most-industrialized economy has remained above 20% for at least two decades, largely due to structural barriers, including an education system that doesn't provide adequate skills. Restrictions to curb the spread of covid-19 probably caused the economy to contract the most since the Great Depression, with the lockdown forcing some businesses to cut wages, reduce staff or shut permanently. The market is not creating sufficient jobs to absorb enough people of working age into employment, Statistician-General Risenga Maluleke told reporters.

The persistently high unemployment rate poses a challenge for Finance Minister Tito Mboweni as he prepares to deliver his budget speech on Wednesday. While joblessness has added to social tensions that dent the country's status as an investment destination and erode business confidence, it could also hinder efforts to stabilize South Africa's rapidly deteriorating public finances. The Treasury will have to fork out more cash to finance a three-month extension of a special coronavirus jobless relief grant.

Restrictions reintroduced at the end of December and warnings of increased business rescues earlier this year may weigh on new hirings in the first quarter.

Jobs were among President Cyril Ramaphosa's top four priorities in his state-of-the-nation address this month and at the center of a post-virus reconstruction and recovery plan he presented last year. The government has allocated 13 billion rand ($885 million) to create job opportunities.

- The number of people employed rose 333,000 to 15 million. The number of unemployed climbed 701,000 to 7.2 million. The employment numbers have come in worse than the recovery in gross domestic product, Sisamkele Kobus, fixed income analyst at Ninety One, said in an email. The data shows that the extension of the covid-19 grant was the right thing to do, despite the current fiscal limitations, Kobus said.

- Community and social services, which include the government, added 170,000 positions.