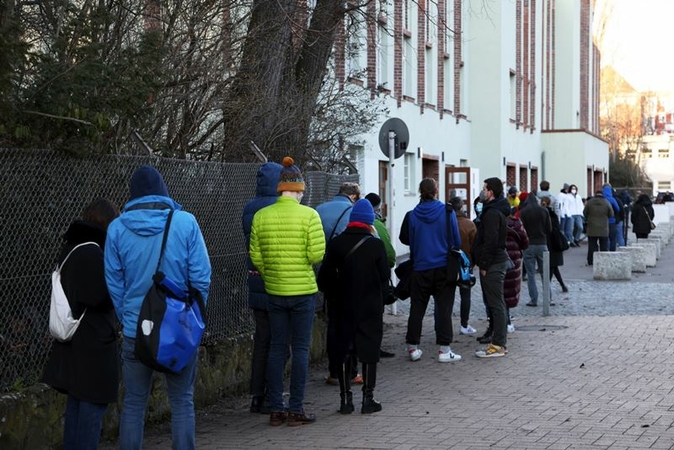 Merkel backed off the proposal in a hastily-arranged video conference with the heads of Germany's 16 states, according to a person familiar with the discussions.

The meeting followed marathon talks earlier this week that produced no new policies to contain the disease as a third wave of infections grips Europe's largest economy.

The Easter lockdown was the only fresh initiative after more than 11 hours of tense discussions between Merkel and state leaders that ended early Tuesday, but the proposal spurred widespread criticism, caught officials off guard and created confusion over the implementation.

"That was my mistake," Merkel told state leaders, according to Bild newspaper. "I accept responsibility." She is due to defend her actions to German parliament later on Wednesday.

Germany has struggled to lay out a clear plan in the face of a fresh surge in covid-19 cases and amid a sluggish vaccination campaign. That's causing public frustration over the government's handling of the crisis to grow just six months before a national election.

Merkel's conservative bloc -- also struggling with a scandal over lawmakers profiting off the pandemic -- has tumbled in the polls. Its lead over the second-placed Greens narrowed to 8 percentage points this week, according to a polling average calculated by Bloomberg.

"If Angela Merkel admits a mistake and corrects it, then it deserves respect," Marco Buschmann, a lawmaker for the opposition FDP party, said in a tweet. "If she sticks to a decision-making mechanism that systematically produces errors, that deserves criticism," he wrote, adding that parliament should have a say in policies.

Under Germany's federal system, most pandemic policies -- notably those affecting health care and education -- are in the hands of the states, limiting Merkel's authority.

Amid the political confusion, hospitals are again filling up with covid-19 patients as the third wave of the disease takes hold even before the second completely receded, according to the head of the country's intensive- and emergency-care association.

There are 3,194 covid patients in intensive care in Germany, the highest in more than a month and pushing the occupancy rate to over 85%, according to DIVI's website.

"We are starting from a very high level," the group's president, Gernot Marx, said in an interview with Deutschlandfunk radio. "This is a matter of great concern," he said, adding that he hoped the decision to enter a hard lockdown over Easter will prevent the health system from becoming overwhelmed.