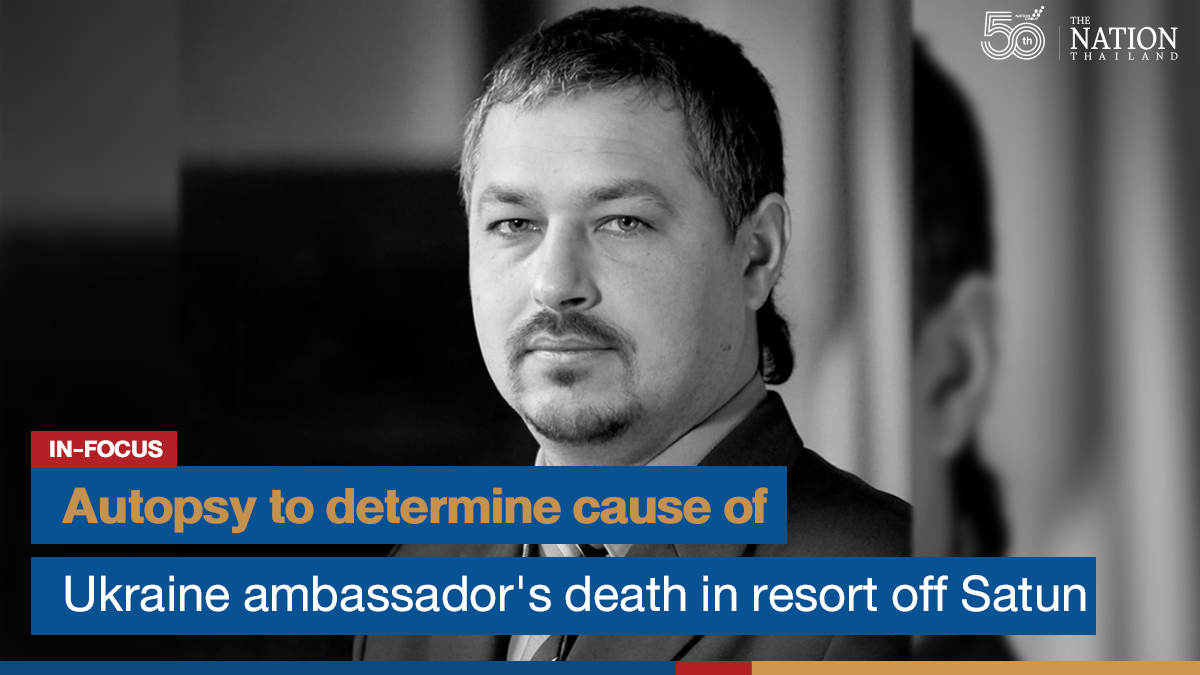 The Central Institute of Forensic Science (CIFS) will perform an autopsy on Monday to find the cause of death of Ukraine ambassador to Thailand, Andrii Beshta.

Beshta died on Sunday morning while vacationing with his son at Bunga Resort in Lipe island off Satun province. The ambassador was 45 years old.

A report by Koh Lipe Police Station said that the ambassador had possibly died due to acute heart failure.

The ambassador's body was taken to the Police General Hospital in Bangkok at 2.30am before being sent to the CIFS for an autopsy.