The image and video clip of a wild elephant bulldozing his way into a house in Hua Hin went viral on Sunday and by Wednesday had sparked a flurry of entertaining memes.

House owner Rachadawan Phungprasopporn had posted images of a wild elephant stealing food through a hole in her kitchen wall in a bid to push authorities to help. The kitchen’s wall had been broken by another hungry wild elephant last month.

Though the images motivated provincial officials to repair her home, it also sparked hilarious memes. 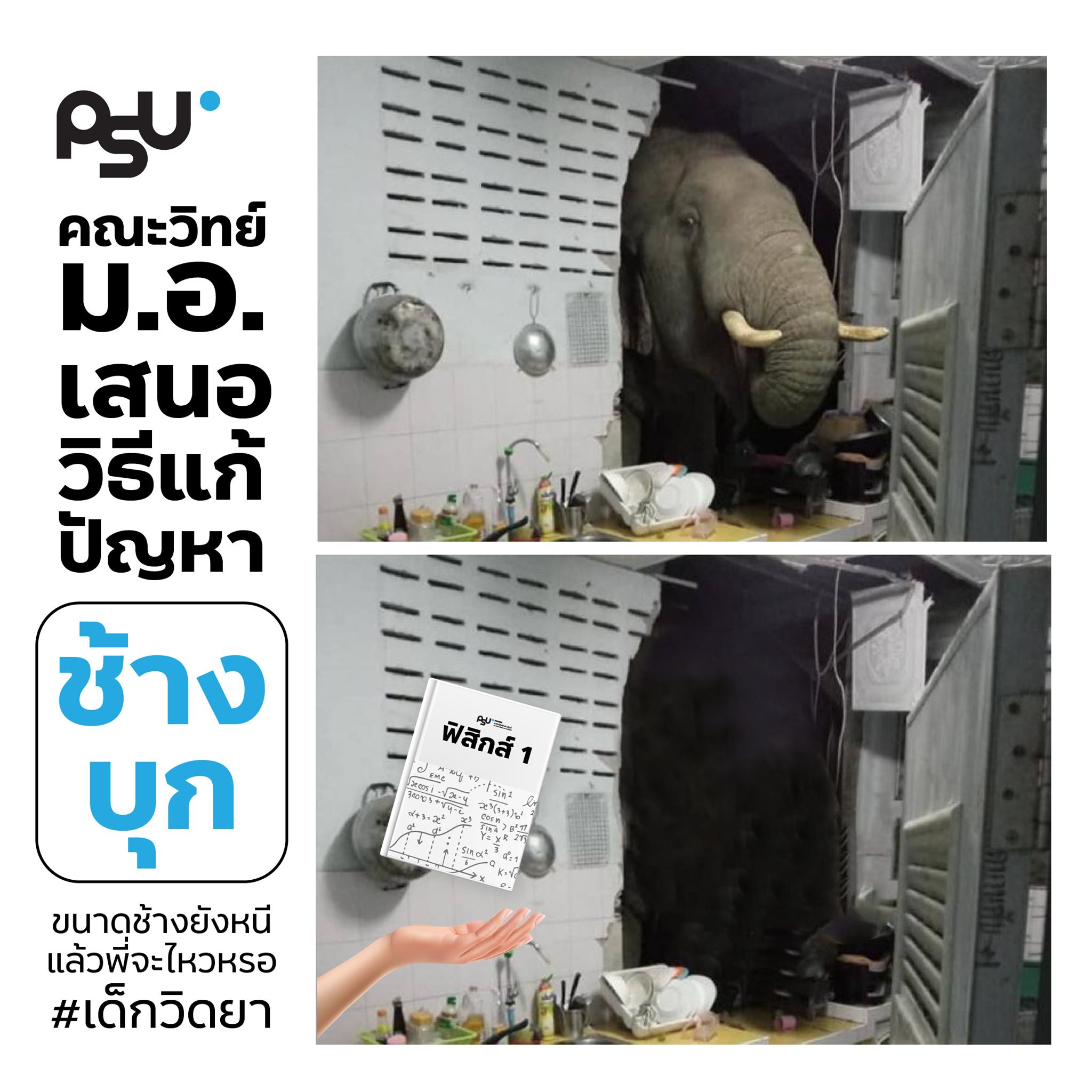 Science students at Prince of Songkla University came up with a physics formula for driving the elephant away, but the most popular memes were the ones featuring Prime Minister Prayut Chan-o-cha and Deputy PM Prawit Wongsuwan.

The Swedish Embassy joined the fun by replacing the elephant for footballer Victor Lindelöf and asking people to cheer for the Swedish team in Euro 2020. Sweden is among 16 teams qualified for the knockout stage.

The Australian Embassy also used the opportunity to advertise Vegemite – the dark brown brewer’s yeast extract that is a breakfast favourite among Aussies. Apart from being served on buttered toast, Vegemite has also been used as an ice cream flavouring.

Police seize 30kg of meth from boat off Koh Tarutao