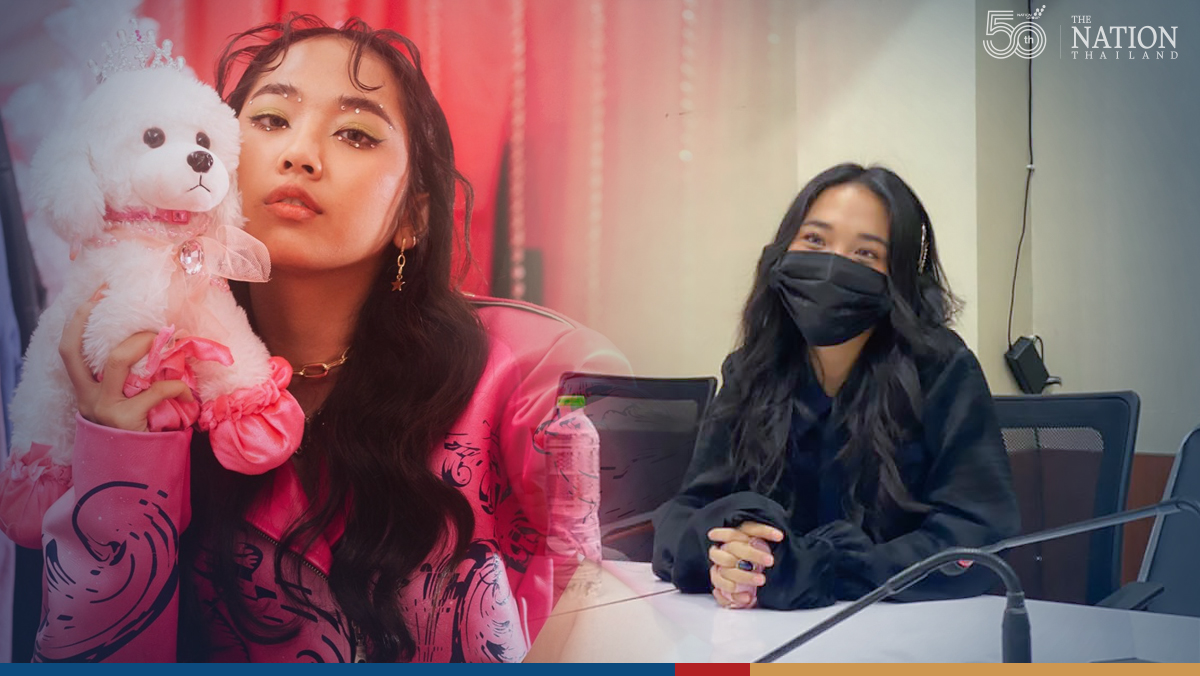 Eighteen-year-old rapper Danupha “Milli” Kanateerakul was on Thursday fined 2,000 baht for criticising the government on her Twitter account.

The teen rapper on Wednesday became the first celebrity to be charged with defamation for slamming the government over its handling of the Covid-19 pandemic. “The situation is bad. The government does nothing at all. When citizens tell it to do something, the government does that at 1am,” she tweeted to her 229,000 followers on June 27.

After she was slapped with the defamation charge, the hashtag #save มิลลิ (#saveMilli) began trending on Twitter.

As public anger over the virus crisis grows, Milli has joined other Thai celebrities in exercising what they see as their right to free expression by criticising authorities on social media.

Natthawut recently tweeted: “I am not angry that there is a lockdown. I am not irritated that I have to adapt to it. I am furious that there is no certainty or reasoning. I cannot see any determination or plan by the government to solve the problem. I do not feel safe. I feel that I am only a speck of dust to them. Lives are not dust or numbers but they do not understand at all.”

Pantipa wrote on Facebook: “I have grown up being deceived and abandoned by men, but still survived. So, I will not die because of a guy named Tuu [Prime Minister Prayut’s nickname].”

On Wednesday, Digital Economy and Society Minister Chaiwut Thanakamanusorn told celebrities not to criticise the government on social media, warning they could be charged under the Computer Crimes Act.

Meanwhile Sonthiya Sawasdee, a former member of the ruling Palang Pracharath Party, has doubled down by filing a lawsuit against 20 celebrities who commented on the Covid-19 crisis. The names of the celebrities being sued had not been revealed as of press time.