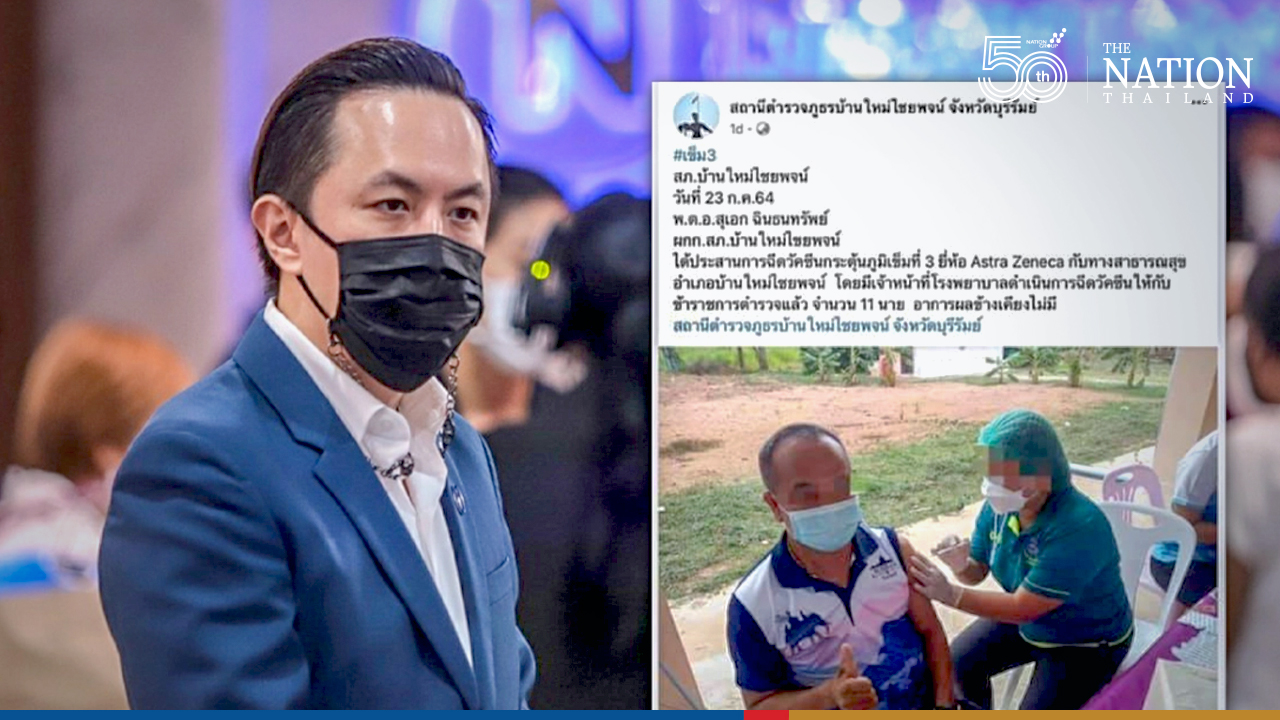 In a Facebook post on Sunday, Nation Multimedia Group (NMG)’s chairman Shine Bunnag asked why Buri Ram police officers were being given a third AstraZeneca jab while 38 million members of the Thai population have not got their first shot.

He posted the comment after spotting a photograph shared on social media of 11 police officers in Buri Ram getting a third jab of the AstraZeneca vaccine.

“Recent data from the Royal Thai Police shows that 72 per cent of more than 20,000 police officers are fully vaccinated. Also, I wonder why it is important for Buri Ram police officers to get a third jab when the province is not even a ‘dark red’ zone,” Shine said in his post.

“Social inequality and abuse of power are some common issues that Prayut Chan-o-cha’s government has never been able to solve despite its promises,” he added.

“With 1.5 million doses of the Pfizer vaccine to be delivered on July 29, I call on the premier to strictly allocate at least 500,000 doses for frontline medical personnel as promised.

“Please do not let ‘people of different colours’, ‘powerful people’, ‘local political influencers’ or the ‘Public Health Ministry’s VIPs’ snatch the vaccines from those in need,” he said.