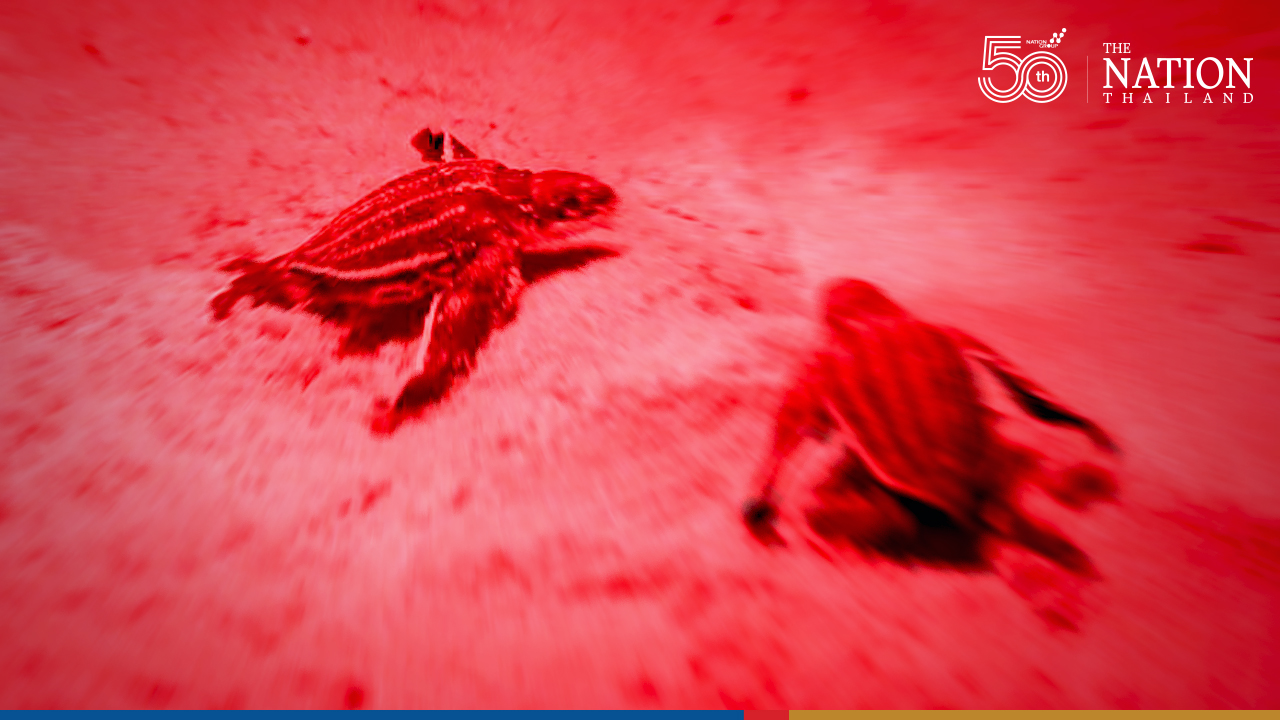 A marine animals expert has warned that a proposed 12-kilometre-long beach sand reinforcement project in the Khao Lak coastal area of Phang Nga province could lead to the extinction of leatherback sea turtles.

After the Marine Dapartment and a team proposed adding sand to a 12-kilometre-long stretch along the Khao Lak coast -- from Khao Lak Sunset Hotel to the coral beach in Phang Nga -- there has been a lot of opposition from many parties due to concerns about its impact on the environment and tourism.

On Saturday, Dr Thon Thamrongnawasawat, a Kasetsart University scientist and head of Thailand’s endangered marine animals working group, posted on his Facebook page warning that the project may interfere with the spawning of leatherback sea turtles, leading to its extinction.

“Leatherback sea turtles are one of the world’s rarest and biggest turtles. They are a very endangered species, not just in Thailand. These turtles spawn their eggs along the Khao Lak beach coast, all the way to the coral cape in Takua Pa district. They do not lay eggs on coral reef shores like other turtles because they are so large that they cannot enter shallow areas, and the Khao Lak has a relatively deep coastline, a perfect area for the leatherback turtles to spawn,” explained Dr Thon.

“In around 2015, leatherback sea turtles had disappeared from the Khao Lak coastline. But after they were successfully listed as “preserved animals” in 2019, there has been an increase in the number of turtles spawning within this 12-kilometre stretch of the sand reinforcement project area. The project would have a direct impact on the turtles, as the sand bank would become shallow. The leatherback turtles would be unable to spawn their eggs.

“The leatherback sea turtles will become extinct if they are unable to spawn naturally. We have acknowledged the locals to help taking care of these turtles. One missing leatherback turtle’s nest would have a tremendous effect on the number of its population,” he added.

The 12-kilometre sand reinforcement project in Khao Lak is currently in the process of gathering data and studying its impact.

Dr Thon suggested that it was not too late to discuss with the locals to find particular spots of erosion for reinforcing, instead of doing it on the entire 12-kilometre stretch.
According to his survey, there is currently no concern about erosion in any area.

"It is important to research and set out the exact spots of sand erosion with the Marine Department, then we can work from there. If the whole coast is to be reinforced, I would propose 'Section 17' to suspend any actions or activities that cause serious damage. I will also resign from all positions if the project is approved. I spent 5-6 years working for the preservation of these leatherback sea turtles.

"I strongly disagree with the idea of reinforcing the entire 12-kilometre-long coastline, but there should not be any problems in cooperating to find the best solution together,” Dr Thon said.

Thundershowers with isolated heavy rains forecast for most of Thailand