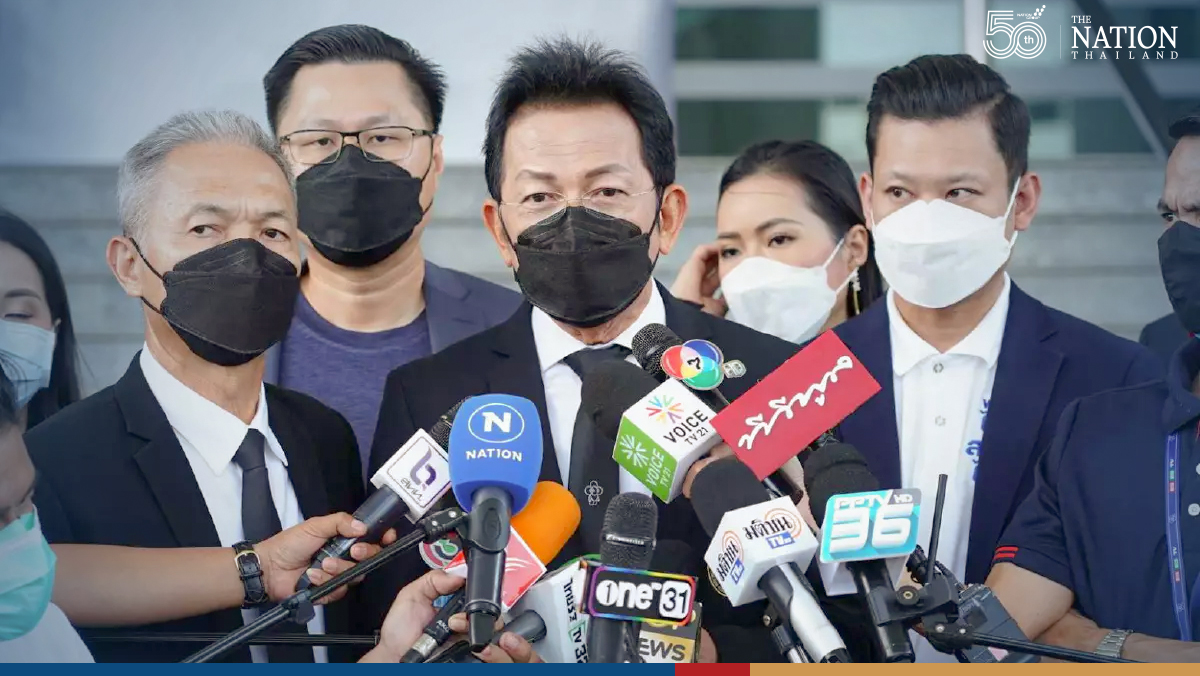 The Central Criminal Court for Corruption and Misconduct Cases on Friday accepted a lawsuit filed by Thai Sang Thai Party and the Lawyers Association of Thailand against Prime Minister General Prayut Chan-o-cha for alleged failure in managing the Covid-19 situation.

The lawsuit accuses the PM of damaging the country’s economy and overwhelming the public health system.

The court has scheduled a hearing on August 30.

“The Prayut government’s negligence and ineffective handling of the Covid-19 situation has resulted in four waves of outbreak throughout the country with over 800,000 accumulated patients and over 6,000 deaths,” said Narinphong Jinaphak, president of the lawyers association.

“The rising number of infections has exceeded the capacity of the public health system as can be seen from the many people who have died on the streets or in their homes while waiting to be treated at hospitals.

“We decided to sue Prime Minister Prayut, as he is the head of government and the one who announced the state of emergency,” added Narinphong.

“Prayut’s action could be a violation of Section 47 third paragraph and Section 55 of the Constitution, as well as Section 157 of the Criminal Code, he added.

The third paragraph of Section 47 of the Constitution stipulates that a person shall have the right to the protection and eradication of harmful contagious diseases by the State free of charge as provided by law.

Section 55 stipulates that the state shall ensure the people receive efficient public health services universally, ensure that the public has the basic knowledge in relation to health promotion and disease prevention, and shall promote and support the development of wisdom on Thai traditional medicine to maximise its benefits.

Narinphong added that Thai Sang Thai Party’s public campaign to sue the government had attracted around 700,000 signatures from members of the public, which he has also submitted to the court as supporting evidence.