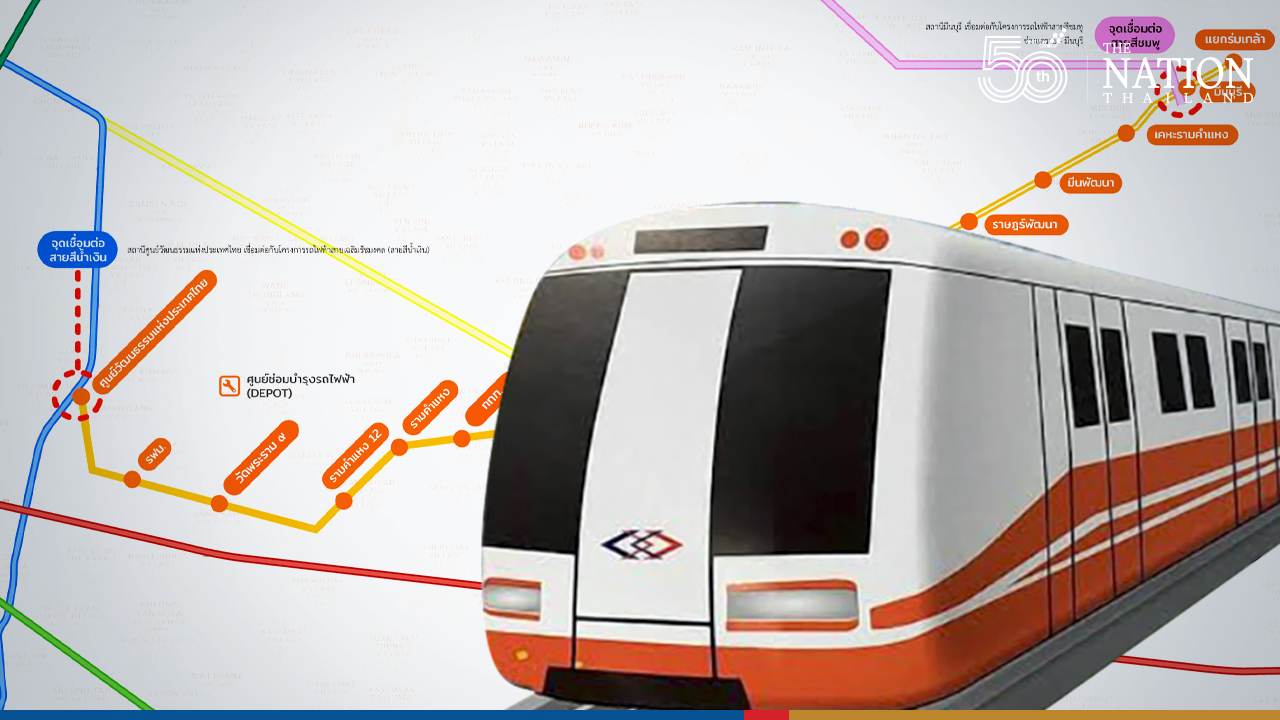 Orange Line auction ‘to go ahead in October’ despite court cases

The Mass Rapid Transit Authority of Thailand (MRTA) will relaunch bidding for construction of the MRT Orange Line in October, after the Supreme Administrative Court dismissed an appeal against the earlier bidding process.

MRTA claimed the auction delay was caused by the Covid-19 epidemic and said it was complying with the Integrity Pact approved by the Cabinet to ensure transparency of the project.

MRTA governor Pakapong Sirikantaramason said on Thursday the Orange Line contractor is expected to be validated in March or April 2022. The contract is for the 35.9-kilometre western section, from Bang Khun Non to Min Buri (Suwinthawong), which has a budget of 1.2 billion baht.

The news comes after the Supreme Administrative Court upheld an Administrative Court order to dismiss the case brought by Bangkok Mass Transit System (BTSC) over the first bidding process. MRTA scrapped the process in February after bidder BTSC complained that changes to the terms could lead to unfair competition.

The court ruled in March to drop the case as the dispute no longer existed once the bidding had been scrapped.

The MRTA said it had conducted market sounding for the new bidding process, which had been delayed by Covid-19. Meanwhile, the government has asked the Anti-Corruption Cooperation Committee and Finance Ministry to draw up an Integrity Pact including observers, to ensure transparency in the Orange Line auction.

The process will take one month, with the auction criteria announced in October and private-sector bids taken from November to December. The contractor is expected to be selected in March-April 2022 and will be able to start construction work immediately.

The MRTA said construction would be expedited so it does not affect the Orange Line eastern section, which is expected to open around mid-2025. The western section is scheduled to open three years later.

However, three cases brought by BTSC are still hanging over the Orange Line auction.
The first is an Administrative Court case concerning the MRTA’s cancellation of the first bidding process.
The second is a claim for damages over the change in bidding rules.
And the third is a Criminal Court case accusing officials of corruption and misconduct.

Bangkok temple will not be torn down to make way for subway station: MRTA