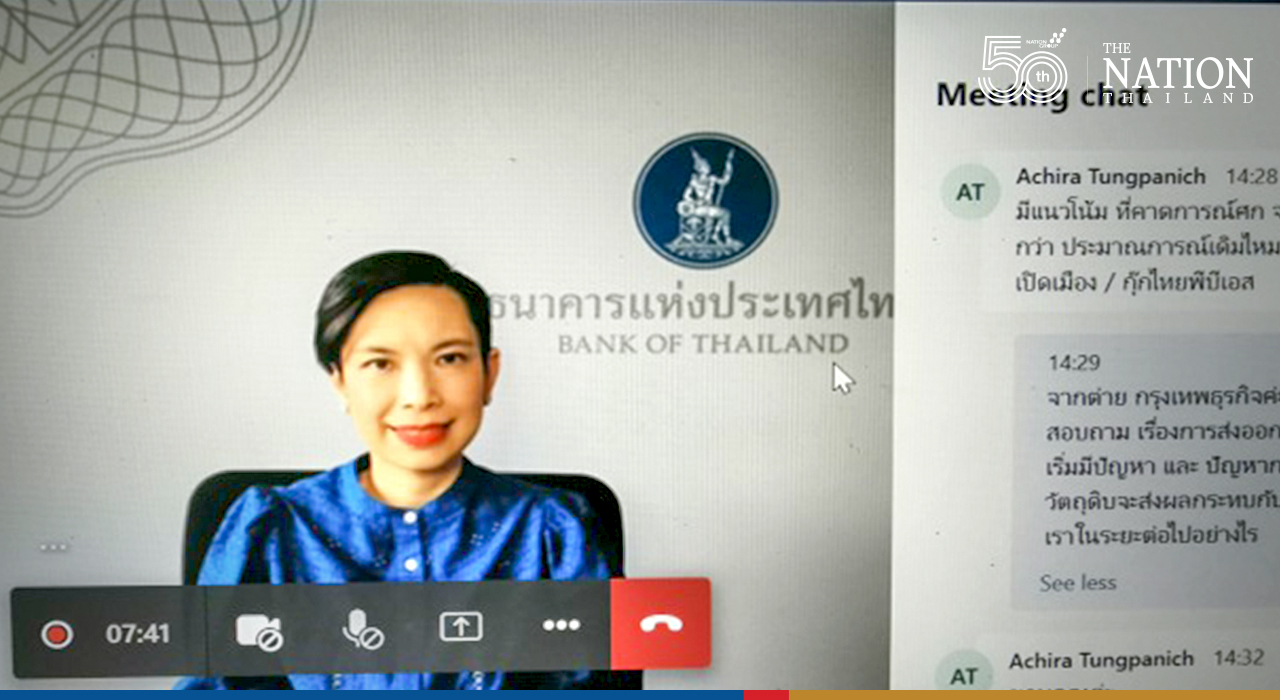 Thailand’s economic activities in August were affected by the impact of Covid-19 and lockdown measures and will continue to maintain a downward trend, Chayawadee Chai-Anant, senior director of macroeconomics at the Bank of Thailand, predicted on Tuesday.

Chayawadee said the central bank based its estimates on statistics from Facebook Fast Fact and a survey among Thai entrepreneurs.

“Facebook Fast Fact revealed that economic activity from August 1 to 15 declined compared to that in July, before strict lockdown measures were announced to curb Covid-19 from spreading,” she said.

“Thai entrepreneurs also said the manufacturing sector saw no jump in August, while the export sector is expanding but still suffers from factors to do with a shortage of production. Meanwhile, sales of consumer products decreased, as well as the employment rate,” Chayawadee said.

She said the real estate sector in August suffered from declining sales and increasing costs from disease prevention measures employed in construction camps, but thankfully maintained the same employment rate as the previous month.

“The survey also found that consumers have changed their behaviour by spending less on services and more online,” she said. “Entrepreneurs who cannot adjust to the changing trend will have a hard time staying afloat amid the pandemic,” she went on to warn.

The central bank also revealed that private investment in August declined due to low market demand and decreased confidence by investors in the Thai economy.

“The agriculture sector saw slightly decreased output due to a shortage of water in some dams, while the tourism sector saw a slight increase in the number of foreign visitors, but their spending is still low due to fewer entrepreneurs in the service sector,” Chayawadee added.