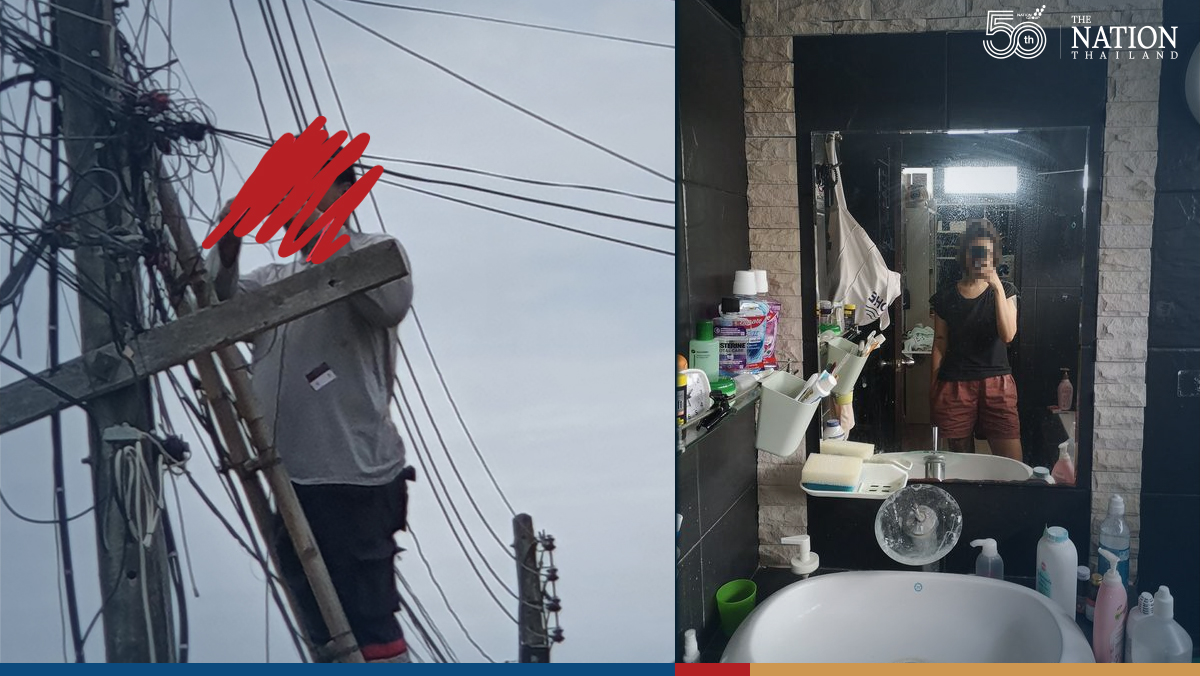 A woman’s account of being sexually harassed by two internet repairmen has gone viral after she said the ordeal left her young daughter traumatised and in fear of being raped.

According to the woman’s Facebook post on Wednesday, the two men arrived to fix the internet at an electricity pole outside her house, where she was sitting in the garden with her young daughter.

She said she noticed the repairmen looking at them and laughing. One of the men then put his mouth to the chest of the other and they laughed again. She said the repairmen then grabbed their chests and continued laughing.

The woman realised they were sexually harassing her for not wearing a bra. She was wearing only a black T-shirt and shorts at the time.

She confronted the two men and asked “what is your business” two or three times, but they denied any wrongdoing and looked away. She went inside to grab a phone to snap a photo but by the time she got back, they had driven further down the street.

The daughter then alerted her aunt. Outraged, the aunt left the house with the child and followed the repairmen down the soi to take a photo of their numberplate.

Confronted over their behaviour again, the men shouted “We are working, why are you picking on us.”

The mother said her daughter then fled back to the house. The girl began crying and asking if she would be raped.

She added that she could not believe that she was sexually harassed while sitting inside her property. She felt furious that her daughter was made to think that life is not worth living.

Netizens responded to the post in large numbers. Some suggested the poster should complain to the internet company over the repairmen’s behaviour while others pressured the company to punish the men.