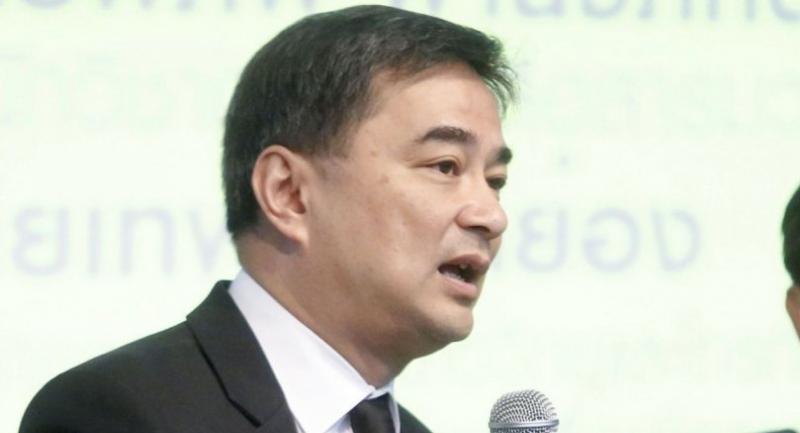 Former prime minister Abhisit Vejjajiva on Tuesday hit back against the red shirts, urging them not to turn the loss of life suffered in the 2010 crackdown under his administration into a “political game”.

Relatives of some of those killed in the crackdown against red-shirt protesters yesterday submitted a complaint letter to the Office of the Attorney-General, urging the National Anti-Corruption Commission (NACC) to reinvestigate the case of malfeasance against Abhisit and his then-deputy Suthep Thaugsuban in connection with the incident.
The Supreme Court had last month dismissed the case against the two.
Abhisit said that while he felt sympathetic towards relatives of the victims who wanted to know the truth in order to see justice, he noted that they had not opposed the controversial blanket amnesty bill when it was tabled by then-Pheu Thai MPs and supported by the Yingluck Shinawatra-led government, even although the proposed measure would have granted amnesty for those who were involved in the crackdown.
“So, it’s strange that they did not oppose [the bill] at that time, but now they make the move [asking for a reopening of the case]. They have no [justifiable] stance. I know there is an attempt to turn the matter into a political issue,” he explained.
He added that if then-PM Yingluck had not made the issue part of a political game or had not wanted him and Suthep to be punished from the outset, and had instead investigated under normal procedure, justice could have been achieved for all those concerned.
Abhisit said he also believed that in the future, there would be an attempt to use this issue as a hostage to pave the way for an amnesty for those involved in the 2010 violence.
However, he stressed that it was up to the NACC to consider whether to reopen the case against him and Suthep, in accordance with the law.