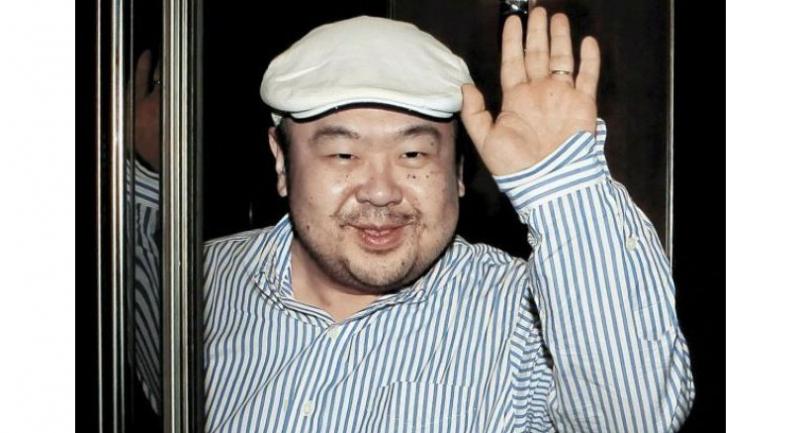 Sepang - The Government has not ruled out the possibility of handing over the body of Kim Jong-nam (pic) to North Korea in exchange for the return of the nine Malaysians stranded in the country.

When asked if Malaysia would consider such a move, Deputy Prime Minister Dr Ahmad Zahid Hamidi replied: "We are looking into all possibilities."

In retaliation, North Korea had barred Malaysians from leaving the country on March 7. This led to Malaysia declaring the same for North Koreans.

He was speaking to reporters after launching the new VIP facilities of the Kuala Lumpur International Airport (KLIA) here Wednesday.

Dr Ahmad Zahid, who is also Home Minister, scoffed at North Korea's suggestion that the body was not that of Jong-nam, who is the half-brother of North Korean supreme leader Kim Jong-un.

"The Inspector-General of Police has already confirmed that the body has been identified as Kim Jong-nam, based on DNA samples provided by one of his children. Forensics and DNA procedures have been followed. I would like to officially state that the body is definitely Kim Jong-nam," he said without elaborating on how the DNA samples were obtained.

On demands for an international inquiry into the Kim Jong-nam case, Dr Ahmad Zahid said Malaysia had "no problems" with it.

He however drew the attention towards North Korea's history on responding towards international demands.

On negotiations with North Korea on the release of the nine Malaysians, Dr Ahmad Zahid said formal talks at the secretary-general level had begun since Monday. "We are working thoroughly to get them (the nine) out of Pyongyang."