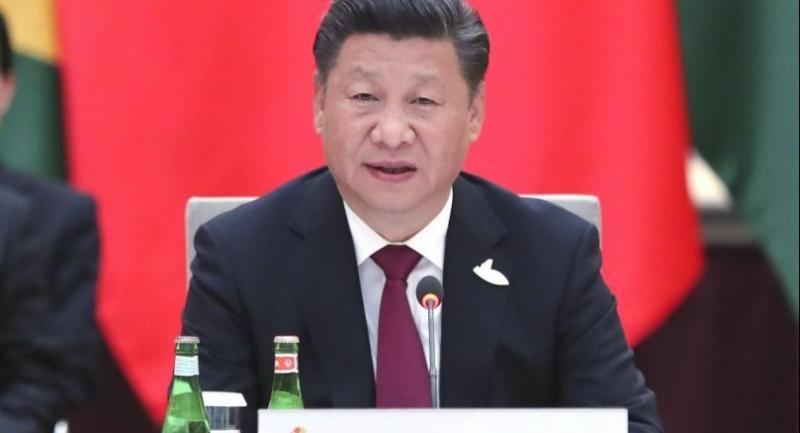 Changes in the global landscape call for a solidified, stronger BRICS with better contribution to the global governance as the bloc of five emerging economies enters its second decade.

The 9th BRICS annual summit to be held in September in Xiamen, China is thus attracting worldwide attention to how Brazil, Russia, India, China and South Africa will shape the bloc's future course amid challenges and uncertainties stemming from global economic sluggishness, increased anti-globalization sentiments in Western countries, regional security and geopolitical blackswans, among others.
The bloc representing some 44 percent of the world population and 23 percent of the world economic volume is striving towards a stronger identity, a leading platform for South-South cooperation and a larger role in global governance.

GROWING ROLE IN GLOBAL GOVERNANCE
Former Goldman Sachs chief economist Jim O'Neill, who coined the acronym BRIC (made BRICS by South Africa's participation later), said the bloc's economic performance has exceeded his expectations.
"Sixteen years later the BRICS share of the global GDP (gross domestic product) is bigger than every scenario I projected," he noted.
Currently, the bloc's five economies together contribute more than half to global growth, serving as a major economic powerhouse.
"BRICS is at the center of solutions needed for international financial system reform," said Sergey Karatayev, deputy head of the Center for Economic Research at the Russian Institute of Strategic Studies, citing the increased voting rights of China and India in the International Monetary Fund and the World Bank.
"With the BRICS demands, many global governance structures are undergoing a gradual reform," commented Srikanth Kondapalli, professor at the Center of East Asia Studies under the New Delhi-based Jawaharlal Nehru University.
"In the last eight summits, BRICS has acquired certain momentum in international relations," he added, highlighting the bloc's increasingly  more unified voice in international affairs. "It has advocated dialogue and peaceful resolution of disputes, in addition to lifting any curbs on trade and investments," he said.
"It tries to protect the interests of developing countries," he added.
A BRICS credit rating agency to end the Western monopoly, with its establishment still under discussion, is expected to enable the bloc to contribute more to global economic governance.

LEADING PLATFORM FOR SOUTH-SOUTH COOPERATION
The two-year operation of the Shanghai-based BRICS New Development Bank (NDB), which focuses on infrastructure and sustainable development projects, is hailed as a success story, handing out 1.5 billion U.S. dollars in loans last year alone.
The Aug. 17 launch of its first regional office, in Johannesburg, signals a greater role it will assume in boosting growth in developing countries and promoting South-South cooperation.
The regional office will act as a "face to Africa," and the bank intends to open others, said NDB President K.V. Kamath.
Experts also highlight the "BRICS Plus" model as important in the bloc's efforts to expand partnerships, particularly with developing countries.
Chief economist of the Eurasian Development Bank Yaroslav Lissovolik calls "BRICS Plus" an important initiative aimed "at increasing its openness and accessibility to integration for the states of the developing world."
Karatayev said, "The 'BRICS Plus' model will help make the intra-BRICS cooperation as well as the bilateral and multilateral cooperation between bloc members and their partners more effective."
"Comprehensive and complementary development strategies will enable BRICS members and participants of 'BRICS Plus' to conduct fruitful cooperation," he further explained.

A STRONGER SELF
Karatayev thinks "it is necessary for the BRICS bloc to strengthen internal cooperation in order to tackle challenges from a rise in protectionism in rich countries and uncertainties from their economic policies."
Moreover, the Russian expert said, the China-proposed Belt and Road Initiative complements efforts by the bloc to facilitate trade and capital flows.
At the same time, he said, the Initiative, which aims to build infrastructure and trade networks along ancient Silk Road trade routes, is "a showcase for economic collaboration."
Professor Kondapalli from Jawaharlal Nehru University believes there is plenty of potential to tap in intra-BRICS cooperation. "The total trade between the five BRICS countries accounted for only 4.9 percent of the total foreign trade of these countries," and "much of the trade is of low-end products," he said.
In addition to deepening economic and trade cooperation, increased  cultural cooperation and people-to-people exchanges are deemed necessary for building a more stable and solid BRICS bloc.
"People-to-people exchanges are the pillar of all the bilateral and multilateral exchanges. It is the cultural capital of a country that has attraction and lays foundations of understanding between the peoples," said B.R. Deepak, sinologist and professor at the Jawaharlal Nehru University.
Deepak added that it is needed to institutionalize such mechanisms as cultural festivals, media and film exchanges, and BRICS scholarship programs.
There are also calls for the bloc's foreign ministers to meet regularly as part of its mechanism building efforts, as well as for the bloc to speak with one, loud and strong voice on global political, security and economic issues.  Enditem