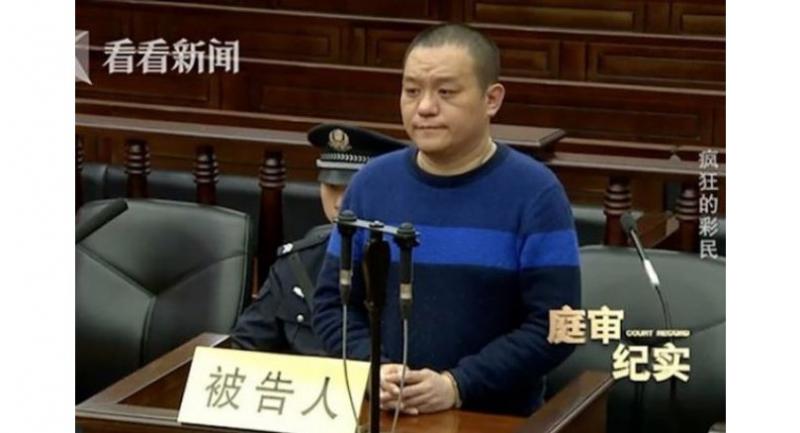 A man from Shanghai was sentenced to four years in jail for setting a lottery kiosk on fire where he lost over six million yuan (US$950,000) in seven years, according to a news website report.

Xu Chao, 41, who used to work for a property management company, started to buy lottery tickets in 2010 and become obsessed, spending at least 20,000 yuan each time, Thepaper.cn reported.

Xu sold his house and all three of his parents’ homes worth of over 6 million yuan to pay for the tickets over the years.

His biggest win was about four years ago when he pocketed over 1 million yuan, but he did not tell anyone of his luck and simply bought more tickets.

He borrowed from his family, friends and loan sharks. His wife eventually divorced him, according to the article.

He lost his job last October and went to borrow money from the lottery kiosk operator in the Pudong district, but was refused as he had not paid back existing debts.

Xu then took out a bottle of flammable alcohol and splashed it on the lottery ticket machine before setting it on fire.

Xu argued during his trial in March that he meant to kill himself and did not run away from the scene of the blaze, the report said. He was sentenced for arson at a court hearing earlier this month.