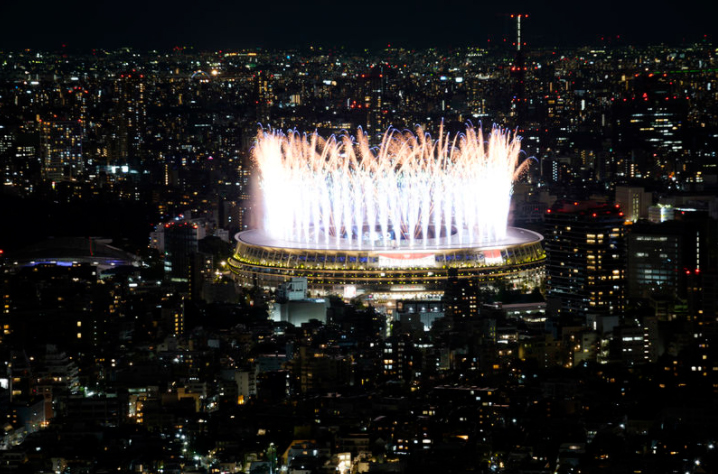 The Tokyo Olympics formally kicked off Friday as the second Summer Games ever held in Japan’s capital. The opening ceremony began at 8 p.m. at the National Stadium without spectators. The previous Tokyo Games were held in 1964.

About 11,000 athletes from more than 200 countries and regions as well as the Refugee Olympic Team were registered with the International Olympic Committee as of Wednesday to compete in 339 events in 33 sports.

The Olympic flame arrived at the Citizens’ Plaza in front of the Tokyo metropolitan government building in Shinjuku Ward, Tokyo, on Friday morning. It was to be carried to the stadium later in the day.

Ahead of a Thursday evening men’s soccer match against Japan, three members of the South African team had tested positive for the novel coronavirus, with 18 people subsequently identified as close contacts. However, those who tested negative about six hours prior to the game were allowed to play, and the match for the first round of the group stage took place in Tokyo Stadium as planned.