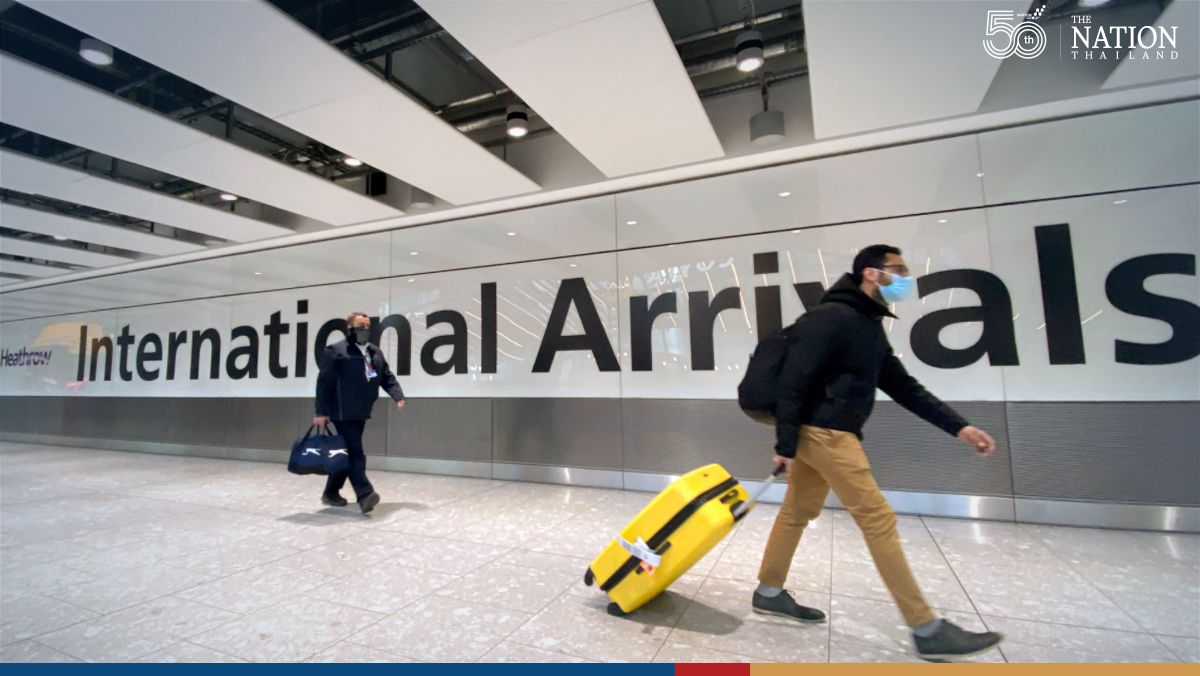 England announced Wednesday that it would reopen its borders to fully vaccinated travelers from the United States and Europe, in a major move that would boost the countrys sagging tourism industry and allow friends and family to reunite after months of separation.

"We're helping reunite people living in the US and European countries with their family and friends in the UK," tweeted Grant Shapps, Britain's transportation minister.

Starting at 4 a.m. on Aug. 2, fully vaccinated people coming to England from what the United Kingdom calls "amber" list countries - which include the United States and the European Union - will no longer have to quarantine. They will only need to take a coronavirus test before flying and two days after arrival.

Travelers must provide proof of inoculation with a vaccine authorized by the United States or European agencies, Shapps said.

"We want people to be able to come from the U.S. freely in a way that they normally do," Prime Minister Boris Johnson said in an interview with LBC radio that aired Wednesday morning.

The move would apply to all travelers from the European Union and associated countries in the European Free Trade Association, except those from France, who must continue to quarantine even if fully vaccinated, according to a statement from the Department for Transport.

France has been placed on an "amber plus" list of countries due to the spread of the beta variant. British media reported this week that it is likely to be removed from that list soon, as the number of beta variant cases has peaked.

Currently, travelers from the United States must quarantine for 10 days but can opt to take an additional coronavirus test after day five to be released. Only those who have been vaccinated by Britain's own health system are eligible for a "covid pass" that would allow them to skip quarantine.

The move could put pressure on the United States to relax some of its own restrictions on travelers. Britain, along with most of Europe, remains under a U.S. travel ban that was first imposed by then-President Donald Trump in March 2020.

The White House said Monday that the continuation of existing travel restrictions was due to concerns about the delta variant. But business groups and travelers have complained that the rules are not reciprocal and that the delta variant is already spreading widely in the United States.

The push to lift travel restrictions in England follows a broader relaxation of covid-related curbs earlier this month, even as new cases surged, driven by the spread of the highly contagious delta variant.

Other parts of the United Kingdom have kept some rules in place, even as they were relaxed in neighboring England. Nicola Sturgeon, Scotland's first minister, said Tuesday that Scottish rules may be relaxed next month. London's airports, however, remain the principal entry point to Britain.

Over the past week, public health authorities have reported a 30% decline in new infections across Britain, a downturn officials have attributed to the country's successful vaccination campaign.

"We do know that double vaccination hasn't just protected us domestically. . . . [It] has also opened up possibilities for us to look again at international travel," British Foreign Secretary Dominic Raab told Sky News on Wednesday. "And I know, whether it's businesses or individuals that want to go on holiday, that would be an important step."

Even as cases fell in Britain, the United States continued to grapple with a spike in new cases also blamed on the delta variant.

"We've seen some encouraging recent data. There's no question about that," he said. "But it is far, far too early to make, to draw any general conclusions."

Opposition leaders Wednesday called the move "reckless" even before it was announced, however, warning against the spread of new variants and urging the government to maintain restrictions until a more unified system is in place.

"I am very concerned about the government's announcement via the press this morning," Labour Party deputy leader Angela Rayner told Sky News. "We need to make sure that we have got a proper data-driven analysis and that we look at an international passport for vaccines. . . . We also know that people who have had the vaccine of course can still get the virus, so a testing regime is very important and crucial as well."